The Only Kids in Denali Park, Alaska 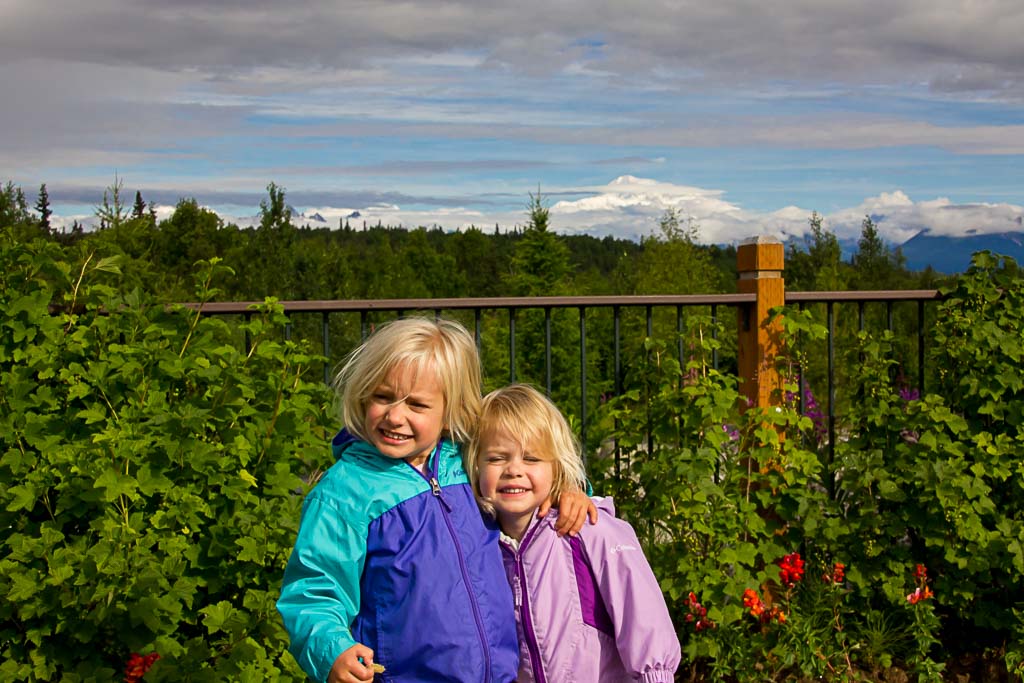 We booked our flights with AirMiles so our options were not ideal. We left home at 9:30pm and got to Calgary where we spent the night. Since our layover was only about 9 hours we splurged on a room at the Delta right at the airport. We then had a 5 hour layover in the Vancouver airport where we checked ourselves into the Preferred Club lounge, found a corner, and pushed some chairs together for the girls to nap. 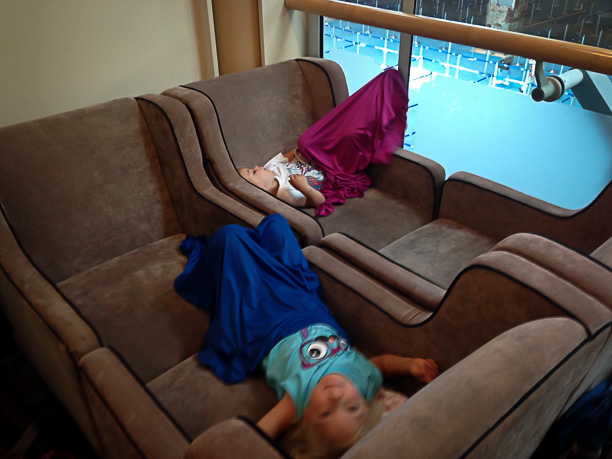 The girls took a long time to fall asleep at the airport lounge in YVR.

We finally made it to Anchorage at about 4pm and hopped on the city bus into town. Turns out we got onto the wrong bus, but the driver was kind enough to stop in the middle of the road, flag down the “right” bus, and we transferred in the middle of the street. Thankfully the “right” bus brought us back through the airport because we left our daypack at the bus stop! I blame Randy because I grabbed the girls and said to him “grab the daypack”, which he apparently didn’t hear! He blames me because I packed a fifth bag to remember…he has a point! Luckily the daypack (with our computer, iPads, camera & passports) was still sitting right where we left it.

On our second try leaving the airport we did it with all of our luggage and on the correct bus!

We checked into our hostel, grabbed dinner, and then snuggled into our beds for an early night so that we could be up bright and early for our bus to Denali in the morning. 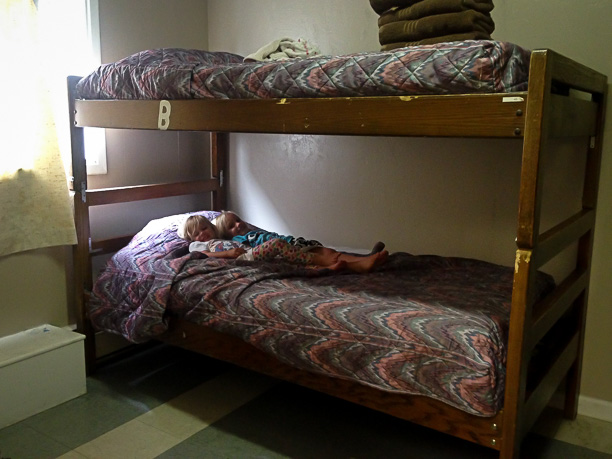 The girls’ first true hostel experience. They LOVED the bunk beds, even though they slept on the bottom!

The bus ride to Denali takes about 5.5 hours. We stopped at the McKinley Princess Lodge and were rewarded with a view of the tallest mountain in North America. According to our bus driver only about 8-10% of visitors to Alaska actually get to see Mt. McKinley. After our rough start I’ll take that stat and feel good about being one of those 8-10%!! 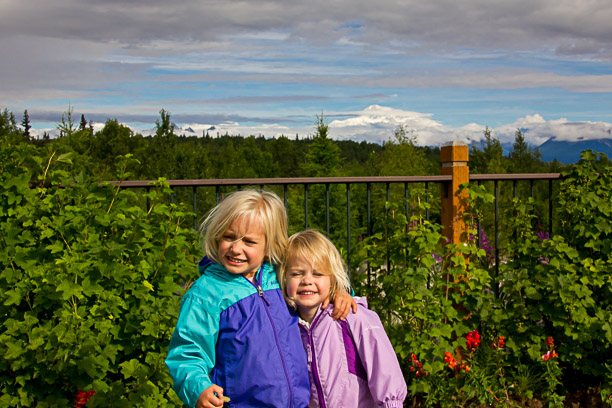 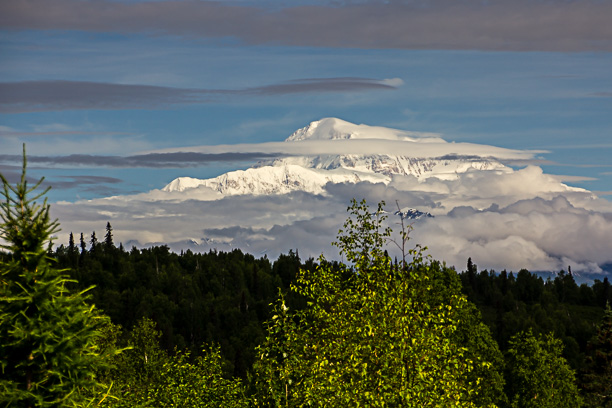 We arrived at the Denali Princess Lodge in the early afternoon. There’s not really a town near the visitor center, but there’s a strip of shops and restaurants across the highway from the Lodge. There’s also a number of restaurants and shops on the Lodge’s property. The scenery is spectacular! Our two girls were the only kids we saw the entire time in the “town”! It was mainly full of older cruise-ship tourists. With that crowd, the girls were somewhat of a spectacle themselves! 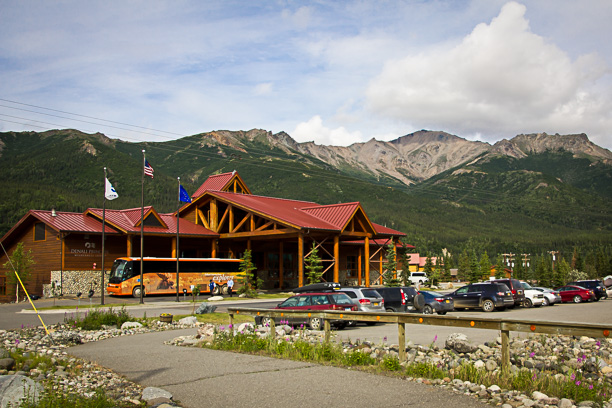 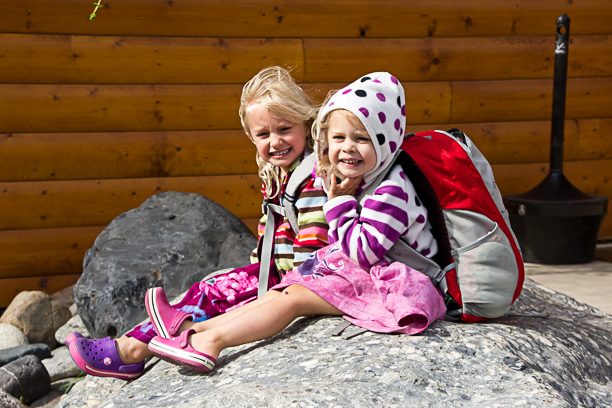 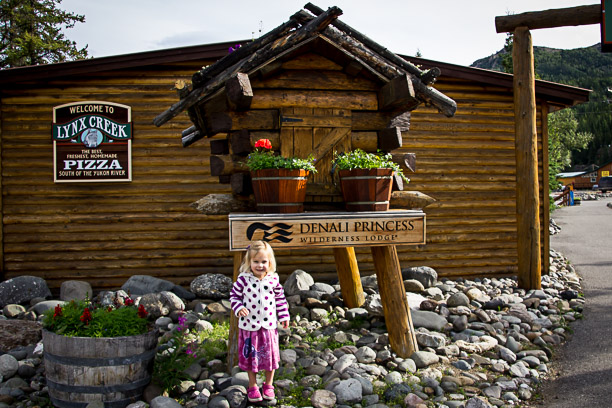 After being cooped up on the bus all morning we were ready to get out and explore. We took advantage of the free shuttle and went to the Visitors Center. The girls had a lot of fun with the pull out displays, especially the one with the grounds squirrels. Because of this we set off on our hike looking for squirrels! There are a number of hikes starting right at the Visitor Center, everything from 1-10miles. We chose what we thought was a short hike, although this seems to never be the case.

The forest was pretty and full of wildflowers and butterflies. The girls finally were quiet enough to not scare off all the wildlife, and they spotted a squirrel! It was a red squirrel, not a ground squirrel, but it didn’t make a difference to them. 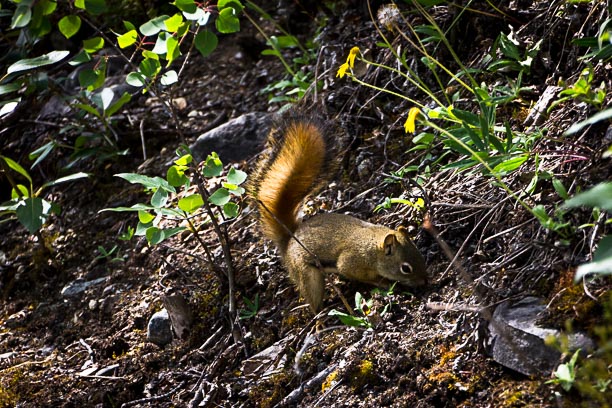 The red squirrel that we saw. It wasn’t the ground squirrel we were technically looking for, but the girls’ didn’t seem to know the difference! 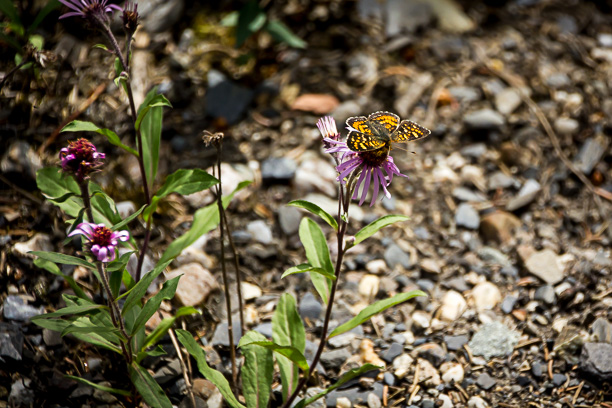 They also found a little stream where we spent some time cooling off and playing in. Kacela also fell in, of course! Luckily it was warm enough out that she dried off by the time we made it back to the shuttle stop. 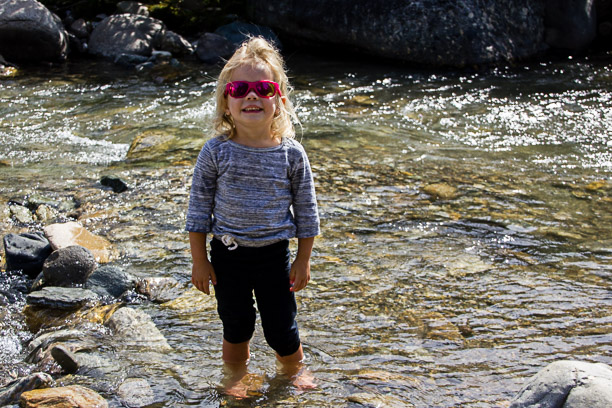 Kacela cooling off, before she fell in! 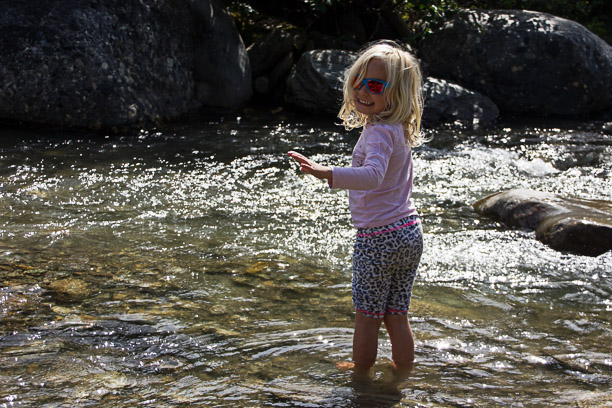 Calais playing in the glacier stream.

We ended up hiking a bit longer than we had planned, about 5km! The girls did great, we even made them run the last km or so! 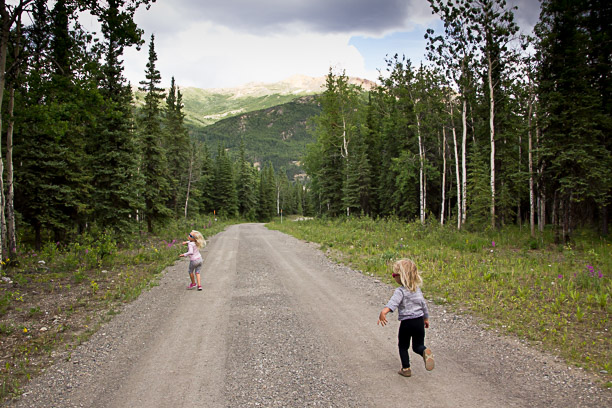 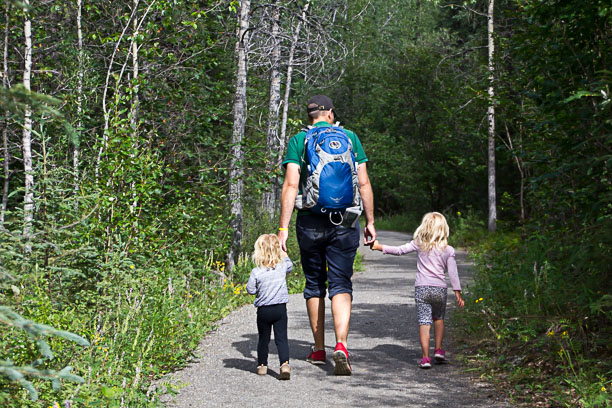 The shuttle ride back to the hotel took a bit longer than expected because of the moose on the side of the road! We stopped for a few minutes to take some pictures. I felt like we were driving along the Icefields Parkway in Alberta, with tourist cars lined up and cameras out. Which, I guess, is exactly what was happening! I make fun of those people when driving the Parkway, but I was one of the tourists this time so I pulled out my camera and snapped away. 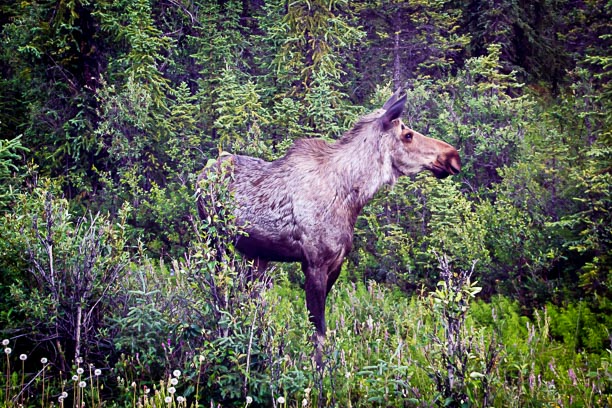 One of the moose we saw wandering near the Denali visitor center.

There’s a lot to do in the park, however the short hikes around the visitor center were enough for us. We saw some wildlife and spent some time in nature. Had we not been going to Bethel, one of the tundra tours would’ve been neat to do, however we’re going to get our fair share of tundra in Bethel! Would I do Denali again as a destination? Probably not! It’s so similar to Jasper National Park. It’s a long way to go to see something we have right on our doorstep. That being said, the train ride from Denali to Talkeetna was spectacular, and I would do that again in a heart-beat (aside from the cost!). Read all about our train ride to Talkeetna next. 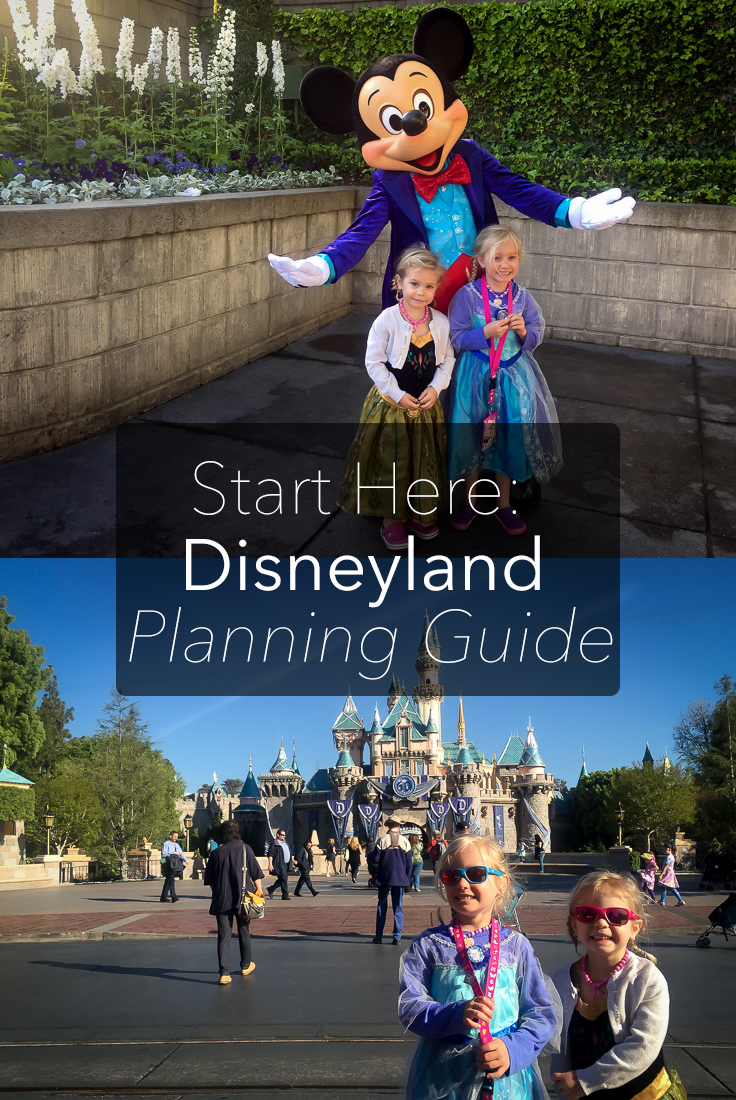 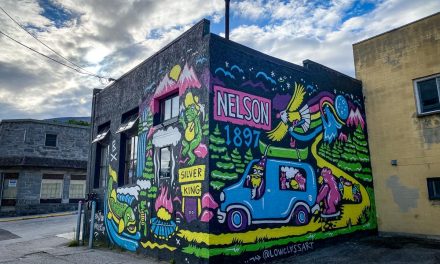 The Best Things To Do In Nelson BC 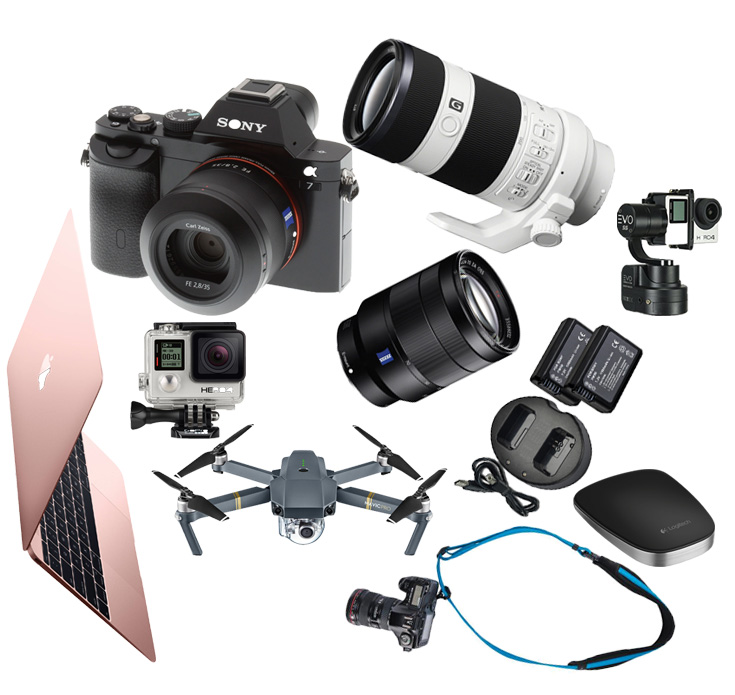 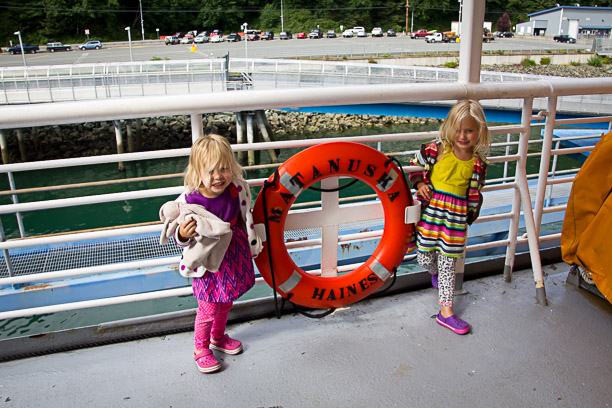