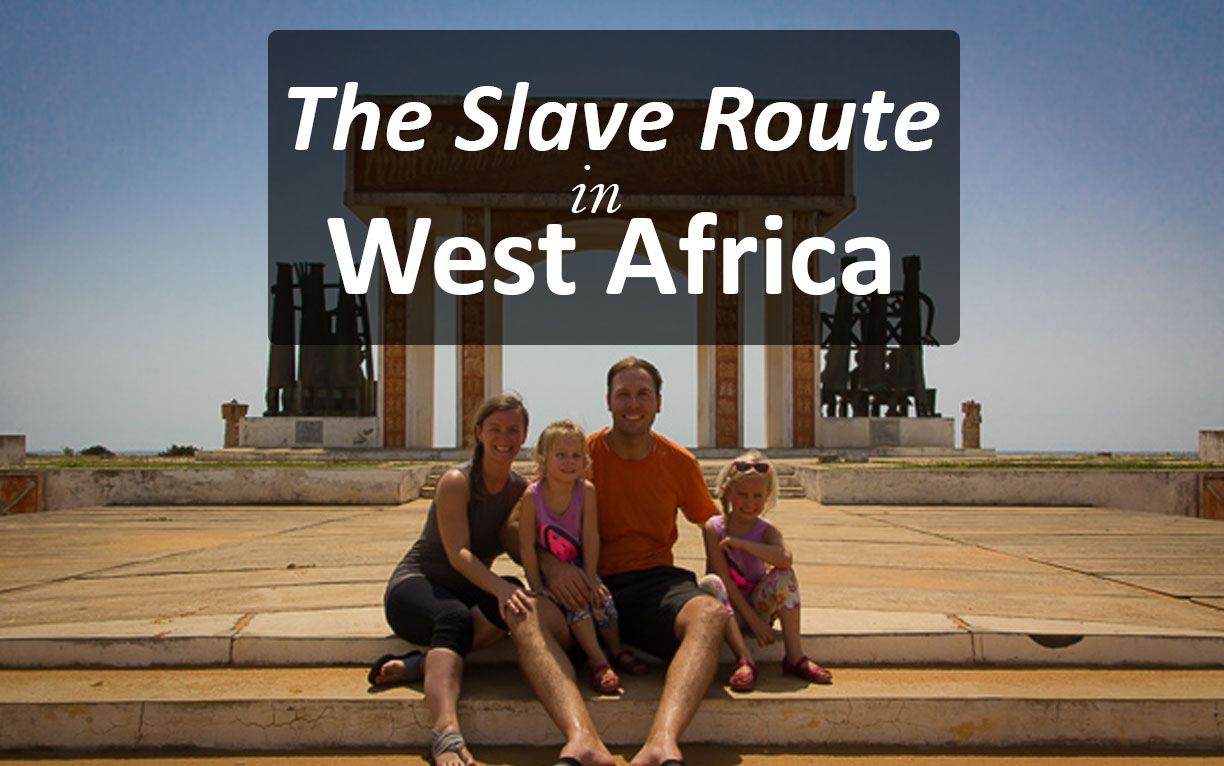 The history of the West Africa Slave Route runs deep in Southern Togo and Benin. An estimated 13-15 million slaves left from Ouidah, Benin and for every slave that sailed it’s likely another died on the journey to the port.

It was one of the things I wanted to see with the girls. The only problem was that slavery is an incredibly difficult concept to explain to a 4 and 6 year old. Their young minds have a hard time comprehending exactly what slavery is. I basically summed it up as the bad masters who stole people from their homes, moved them across the ocean, and made them work all day every day for no money. Even at that it was barely comprehensible for them.

Calais kept asking why the bad masters were stealing people. She also had a hard time understanding why the local Kings would sell their own people to the slave traders.

The only reason I could give was money, and even that was hard for her to understand.

Nowadays there’s only a few buildings left to visit. Many of the old slave forts were torn down when the slave trade was abolished. I understand why this happened but it’s not like getting rid of the evidence will undo history! I think it almost does the opposite. If we forget about the atrocities of the past it increases the potential for them to happen again. The only way to ensure history is not repeated is by recognizing and remembering the past.

One of the only remaining slave forts in Togo is in a small town, Agbodrafo, on the coast near the Benin border. The fort is called “Wood Home”. 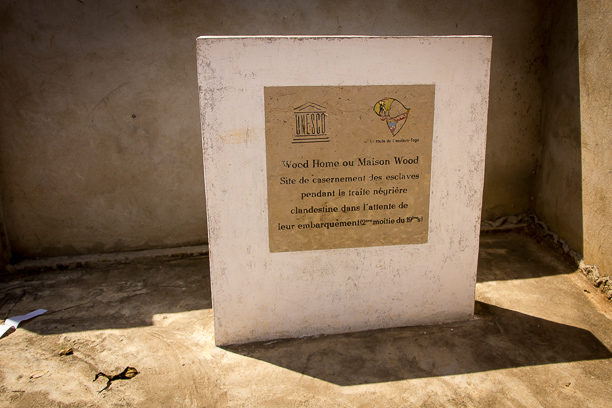 This is where we started our tour of the West Africa slave route. 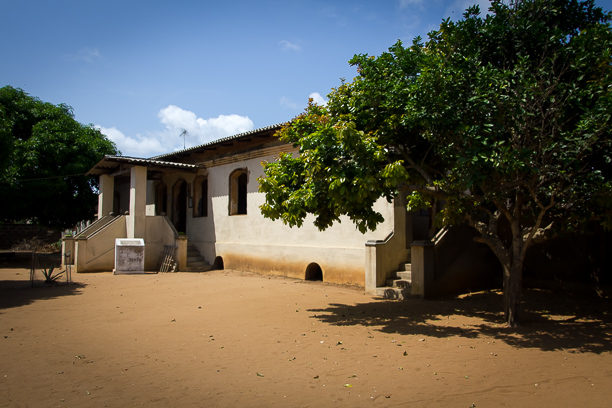 Wood Home is a small Portuguese slave house in the process of being restored. On our short tour we were able to see the deplorable conditions in which the slaves were housed. It was basically a crawl space below the main house. There was a door in the floor in the middle of the great-room where the masters would pass down one piece of bread each per day, and a bit of water. 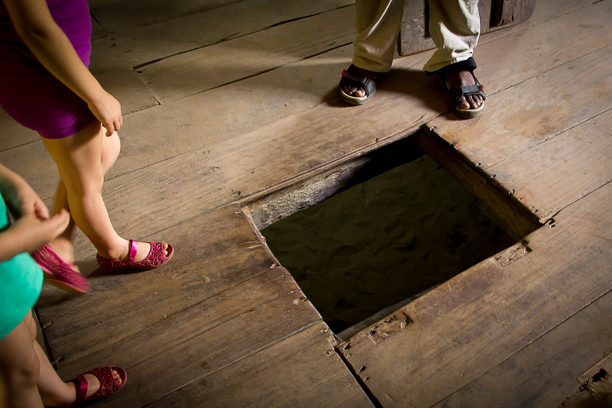 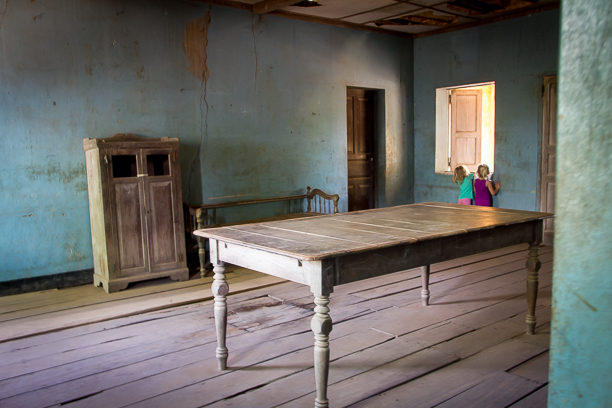 There was no sanitation or toilet area. People would die from a multitude of things and their bodies wouldn’t be removed for days or weeks. They were basically living on top of each other in a space approximately 3 feet high with a dirt floor. 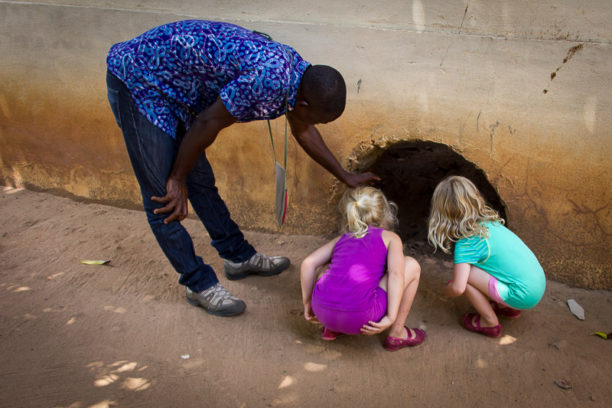 Looking in the entrance to the basement crawl space where the slaves were housed prior to being shipped to the Americas.

It’s amazing that anyone could treat another human being in such a way.

Once the house was full, the slaves would be moved down the coast to the port city of Ouidah. The journey from their home to the ship could be many months, and the whole time they had no idea what was happening to them.

From Togo we crossed the border into Benin and made our way to Ouidah. We saw more white tourists in one day in Ouidah than we had the whole time we were in Togo!

The slave route in Ouidah begins at the site of the slave market, in front of Chaco’s house (the major slave trader). 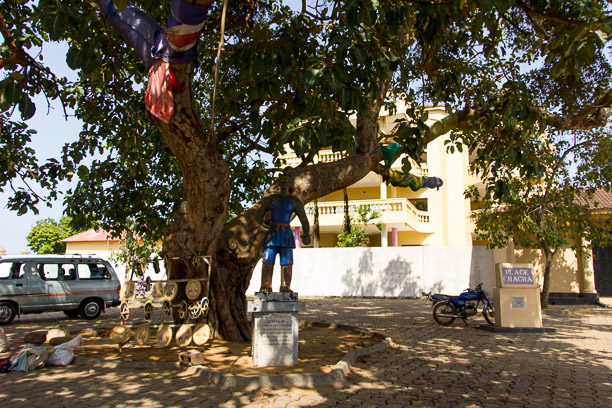 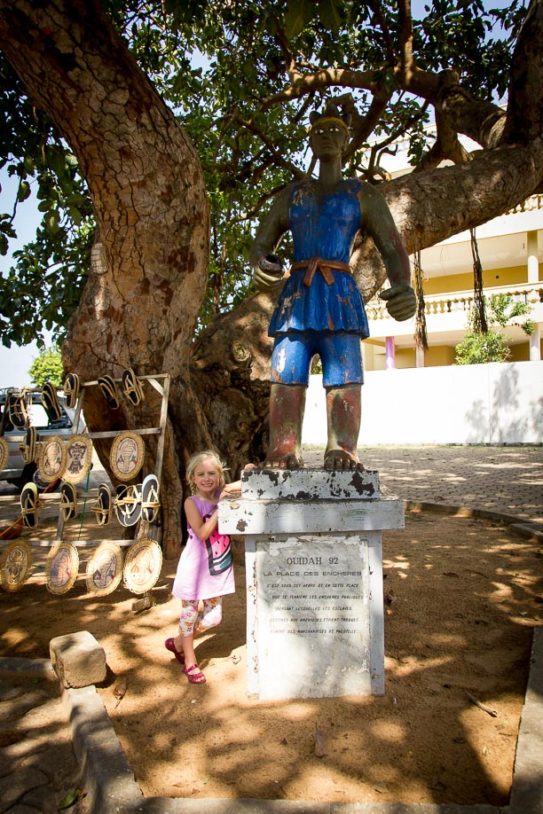 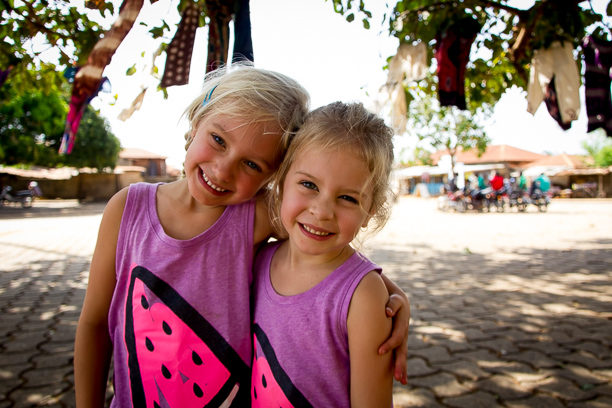 The girls danced and played on the spot where millions of people were bought and sold. We are so incredibly lucky for the freedom we have!

The highest bidder would buy the slave, then put him in chains to begin the 4km walk to the Gate of No Return. For some this would take a day, and for others it would take weeks. The whole time they were under the blistering sun, with little to eat or drink. They were often attached to one another with a metal collar around their necks. If they misbehaved they’d be fit with a collar containing spikes that would be tightened for further bad behaviour.

The History Museum in Ouidah was full of artifacts from the slave trade. It’s housed in the old Portuguese Fort, very similar to Wood Home in Togo but on a much grandeur scale. The most interesting were the items the colonial powers used to buy slaves from the Dahomey Kings. The most sought after item was a cannon. One cannon would buy anywhere from 7 strong males up to 20 females. Pottery, china, linens, jewelry, wine and perfume were also given in exchange for slaves. 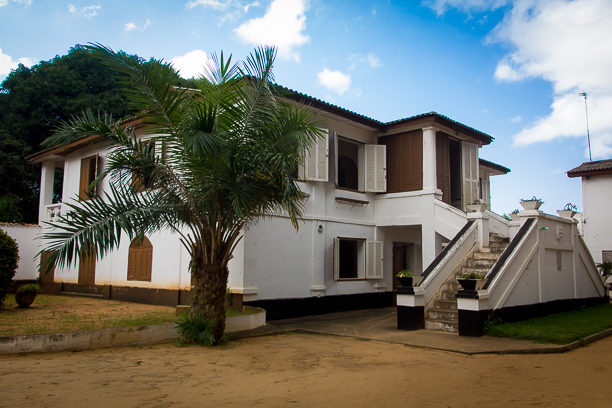 Unlike Wood Home, the slaves were not kept in the basement of the fort. Instead they were housed in a courtyard by the stables. 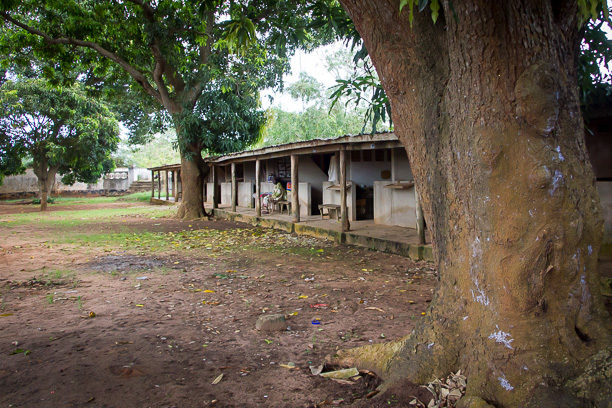 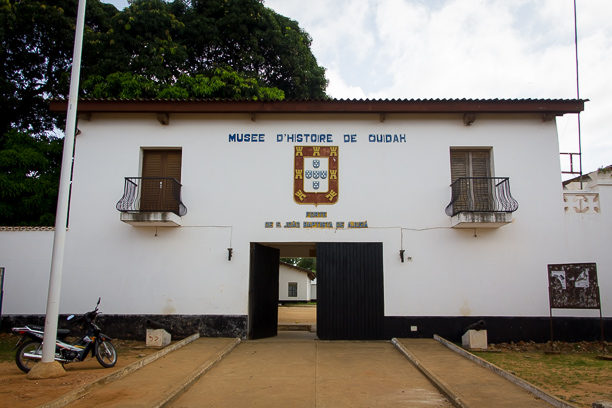 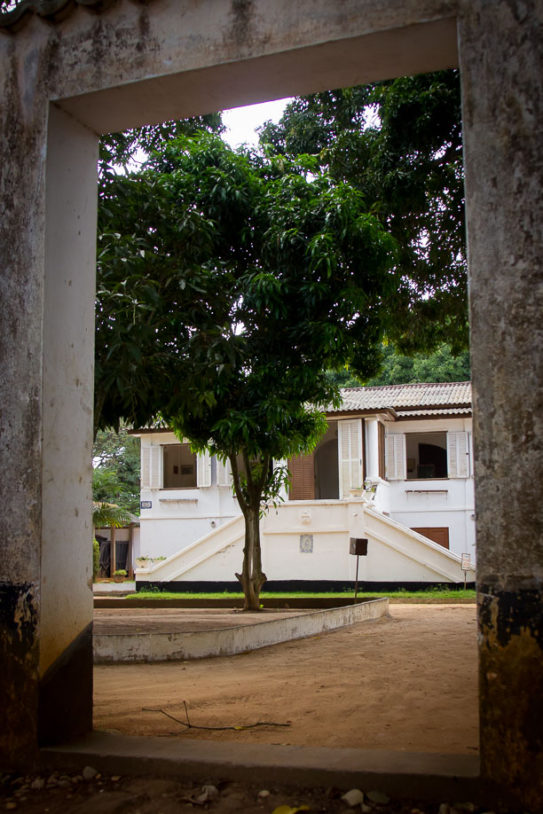 It made me feel a little better knowing that it wasn’t just the colonial powers coming in to steal and pillage, but that some of the African people themselves were involved in the slave trade to an extent. The Dahomey (and other) Kings profited greatly from slave trade. A number of African slave traders continued to work illegally after abolition as it was so profitable for them. I’m not sure why it made me feel better to know that both sides played a role. The colonial powers were definitely the instigators. It was one of those irrational feelings a person gets when confronting something so horrible.

Had Randy and I been on our own we would’ve walked the Slave Route from the market to the Gate of No Return. However, there was NO way we were doing it with the girls. It would’ve been torture! We chose to drive it instead. Along the way are the statues of the old Dahomey kings, as well as the memorial wall over a mass grave of people who died during the walk to the sea. 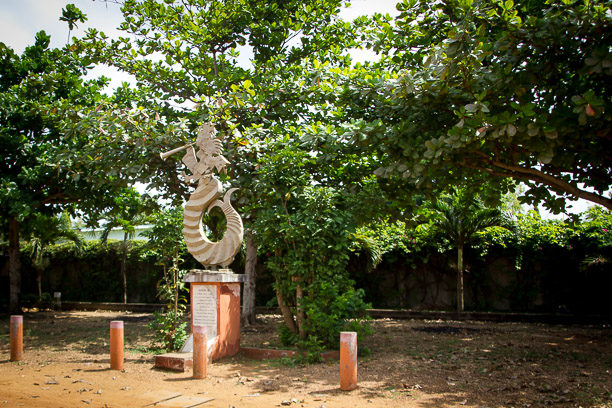 The symbol of one of the Dahomey Kings.

We decided not to go to the wall as it was beyond what I wanted to explain to the girls. And to be honest, I didn’t really want to be faced with it. Slavery itself was difficult enough to discuss with them. Taking it to the next level by talking about all the people who died in the process can wait until they’re a bit older.

The Gate of No Return

We finished our tour at The Gate of No Return, a good way to end the journey. It was put up in 1994 as a memorial for the millions of people who left Africa for the Americas never to return. There’s a “Gate of Return” just down the beach in celebration of the descendants of those people who have returned from the Americas back to Africa.

One day a year there’s a large Voodoo festival at this spot, the rest of the time it’s pretty quiet. It was a good place to sit for a few minutes and reflect on what we had learned. 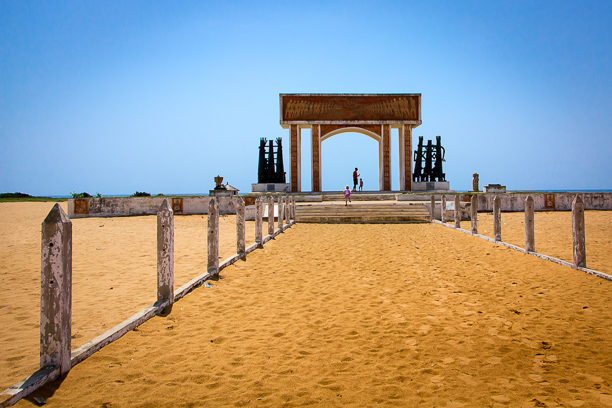 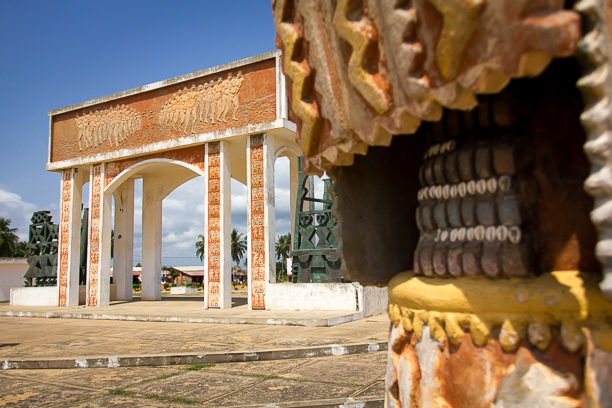 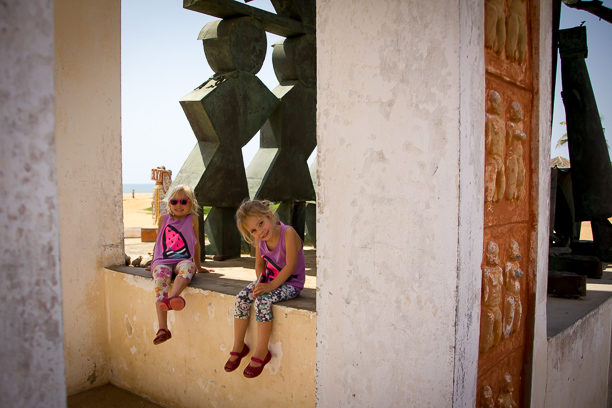 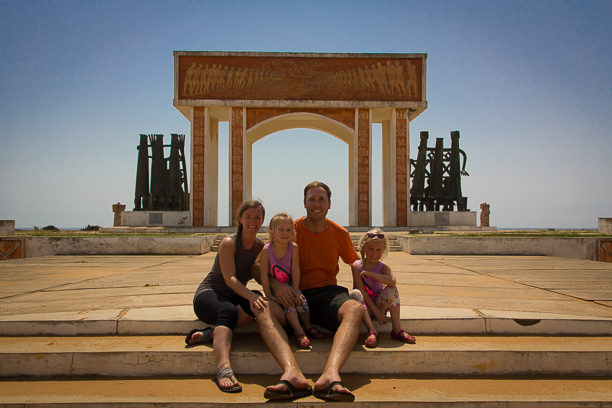 Auberge Le Jardin Secret (Chez Pascal) – this was a lovely location in Ouidah with a few rooms around a central garden. It was great for us because we could put the kids to bed and then sit out in the garden and have a drink, play cards, and not have to whisper in the room! There’s no A/C, and fans don’t work as well with a mosquito net, but we all managed to sleep decently.

We ate breakfast and dinner at our hotel every night as it was easier than venturing out in the dark!

Restaurant Escale des Arts – really we ate here because of the wifi, but the food was pretty good! It’s definitely a tourist spot, but the drinks were cold and the fan was on all the time making it a bearable temperature.

Hank Pete – this was our first real local meal of the trip! We had BBQ Pork with piron (basically spicy pork fat) and pineapple. It cost about $2 for all of us to eat lunch, and it was delicious!

I wouldn’t go out of my way to visit, but since we were driving by it was worth the stop. Once it’s been restored it will be better, but of course that requires people visiting now so that they’ll have the money to continue to restore it! Cost: 2000 CFA ($4 CAD/3 Euro) donation per person.

To tour the slave route, either by foot, car or zem (motor-taxi), you need a local guide. They can be found at the tourist information center. It begins at the Place Chacha and continues the 4km down to the beach. It’s an interesting tour and well worth the time.

This was a good place to start in Ouidah to learn a bit about the history of the area and the slave trade. There’s some decent info on this website too! When the Portuguese left they took everything with them, and then sent some artifacts back when the fort was converted into a museum. There’s not a lot to see, but enough to get an idea of what things were like. Calais was focused on the Dahomey Kings and their preoccupation with death! She was FULL of questions. There was an English-speaking guide available. Cost: 2000 CFA ($4 CAD/3 Euro) per person, plus a small tip for the tour-guide.

Are you going to visit Benin, or learn about the history of the Slave Trade? Pin me for later! 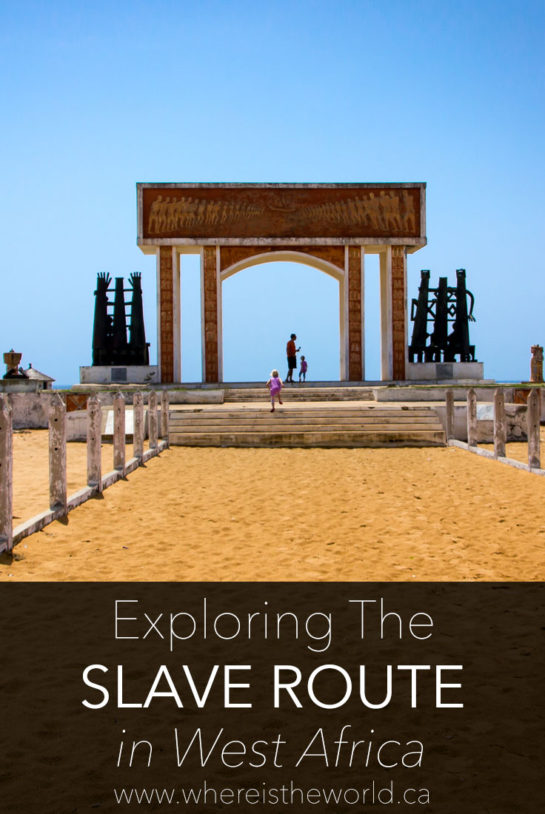 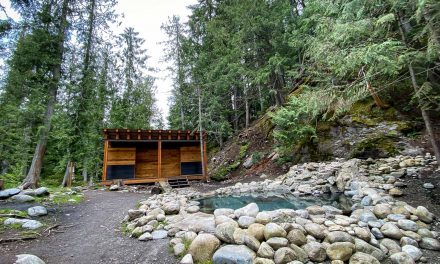 Halfway Hot Springs BC – Take A Dip On The Wild Side 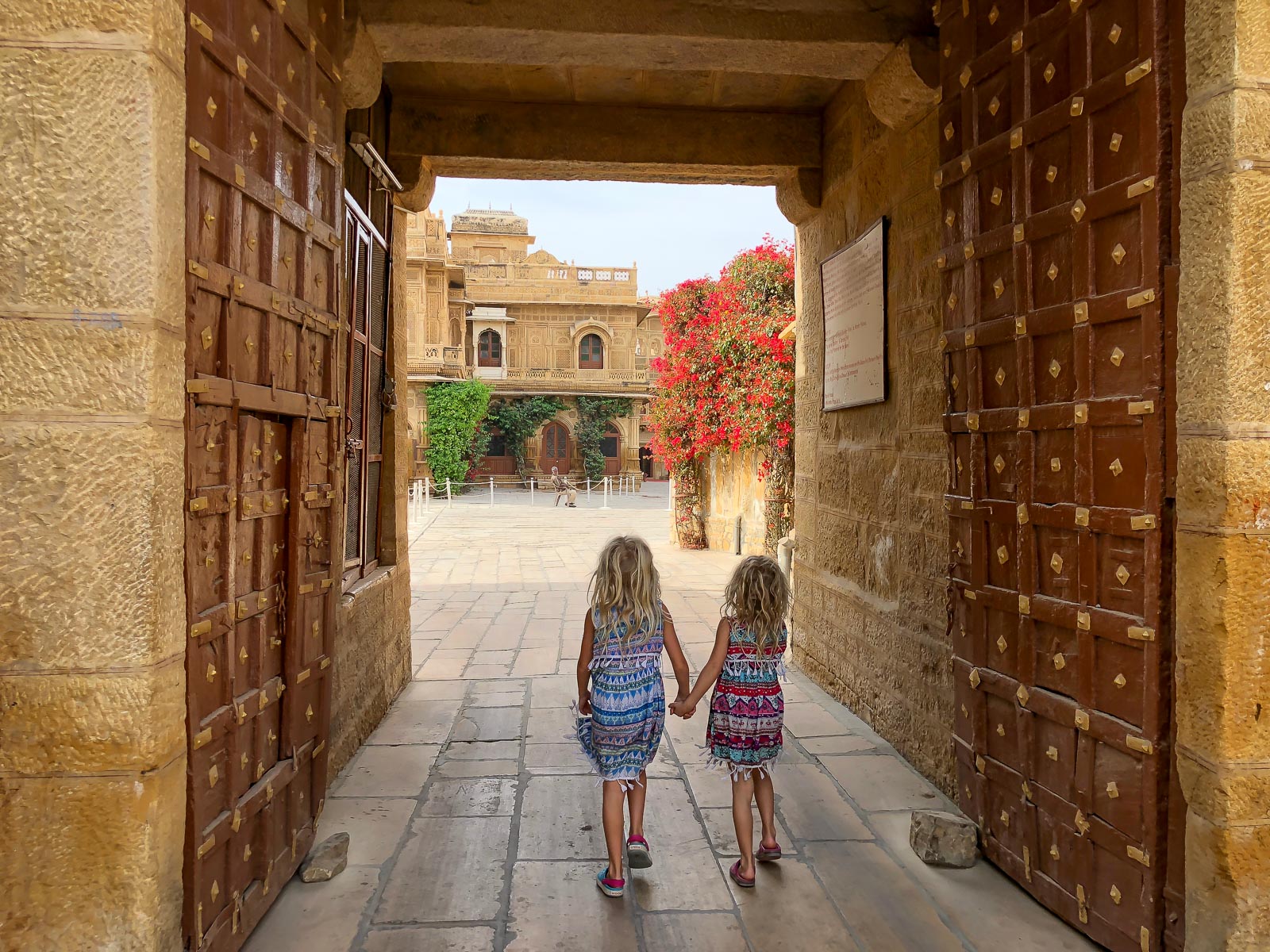 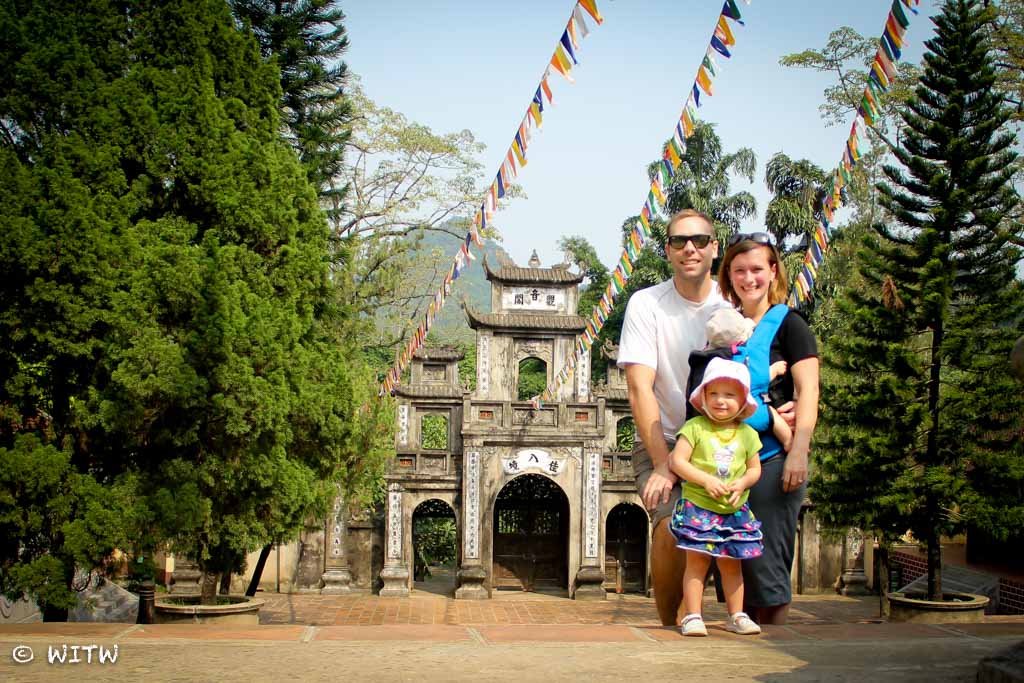 I Gave Up My Bathroom for SE Asia 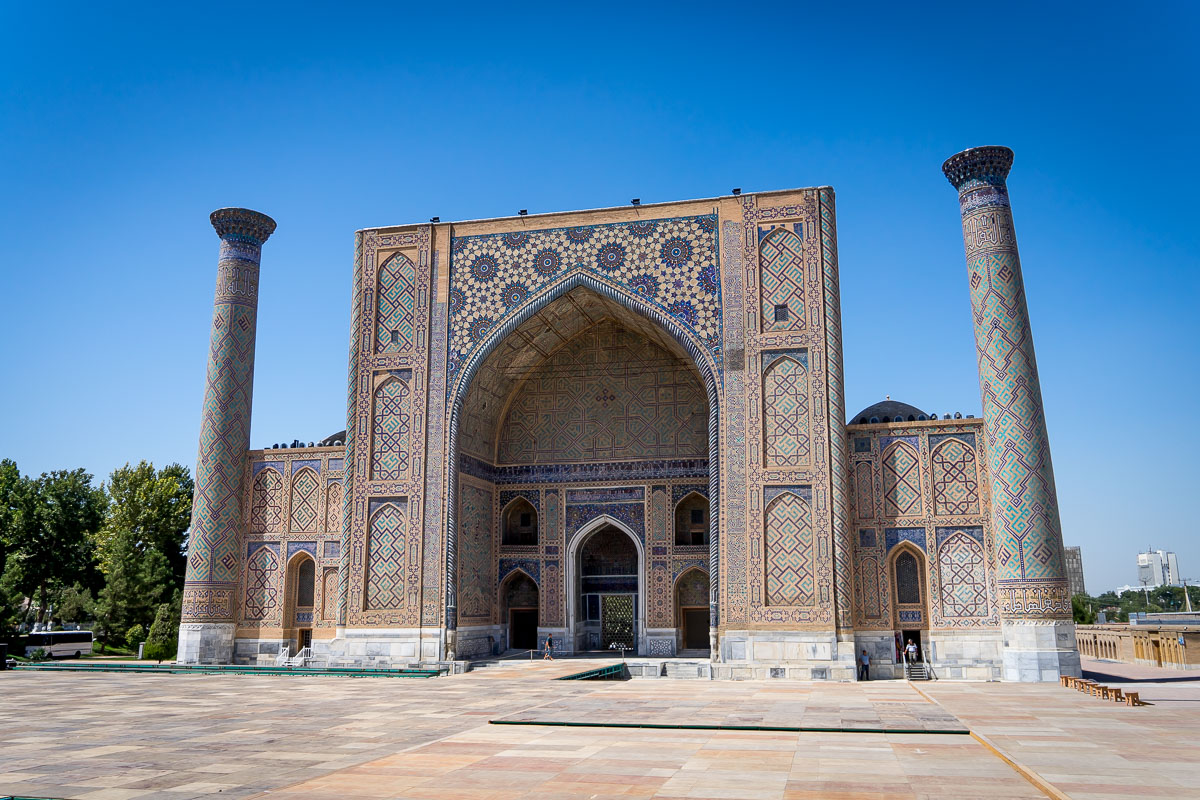