The Most Dangerous City in the World In 2012 San Pedro Sula was the United Nation’s most dangerous city in the world. I received a few funny looks when I mentioned that we planned on spending a bit of time in the city.

We spent the day in San Pedro mainly to see the markets.

In the morning we went to the fruit and veggie market. It’s the central distribution for most of the produce in San Pedro. There are rows upon rows of stalls, some carrying one kind of veggie, others with a variety. 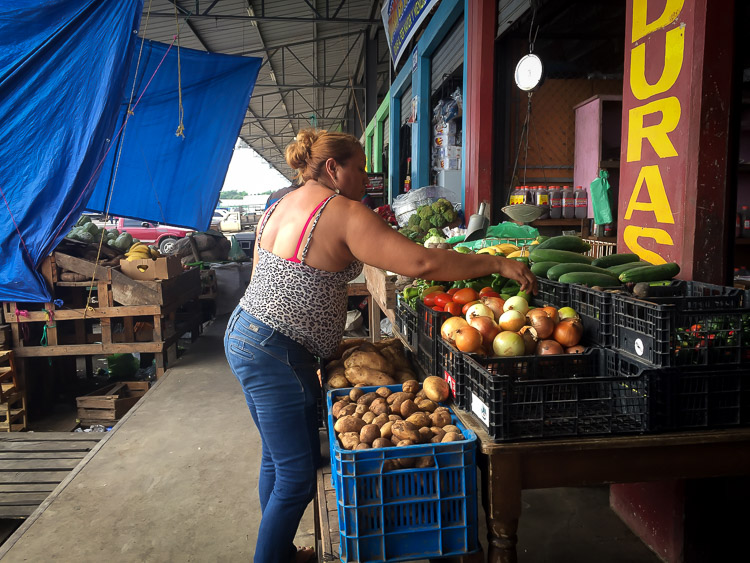 Mario shopped for a few supplies at one of his friend’s stalls, and the girls enjoyed a cold Pepsi. According to Kacela, Pepsi is Coke, and Coke is pop…and she likes pop! She was happy cuz it was pop. I was happy because it came in a glass bottle. There’s just something about Coke (or Pepsi) in a glass bottle that makes me feel like I’m travelling! We definitely drank more pop on this trip than we typically do in a year at home! 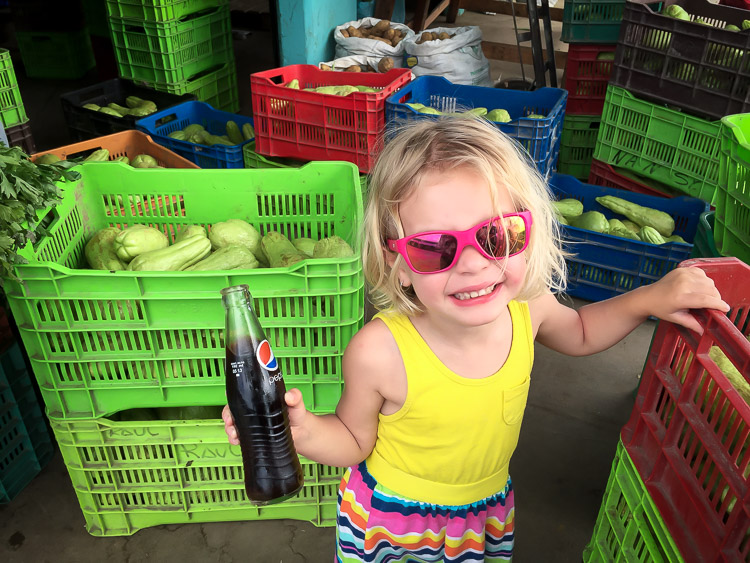 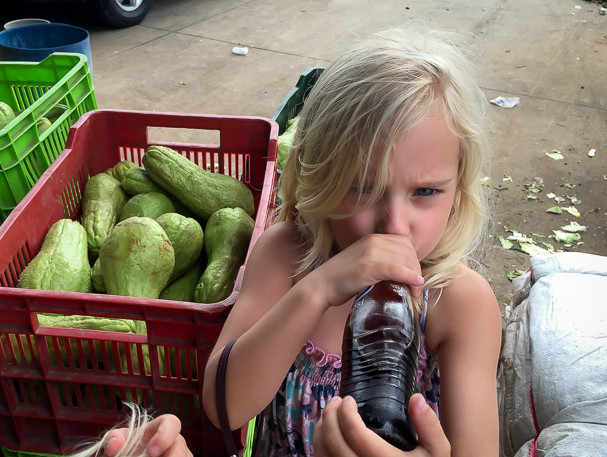 It appeared to be drop off time for green bananas while we were there. Trucks were lined up, full to the brim with them. People came by with small pick-ups, backed in, and had the boxes loaded up. 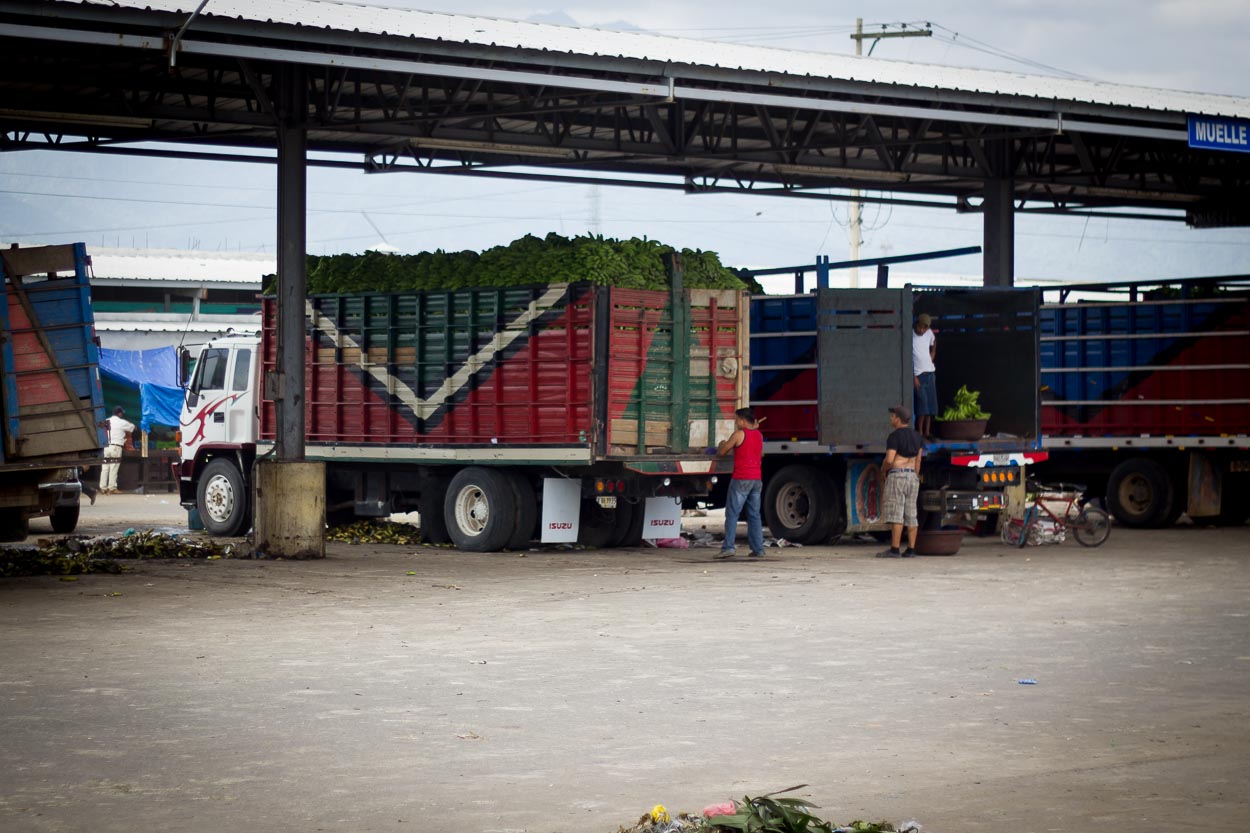 Those not lucky enough to have a pick-up truck would load something smaller, like the cabbages on the back of this bike. 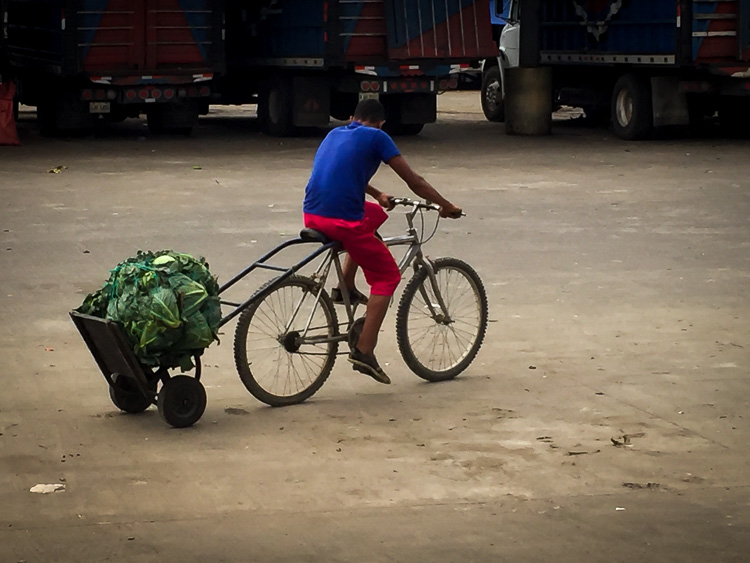 I’m not sure who the lucky person is that gets to clean up at the end of the day! There were piles of garbage, but no more than a day’s worth. With the heat, it sure isn’t a job I’d want to do! 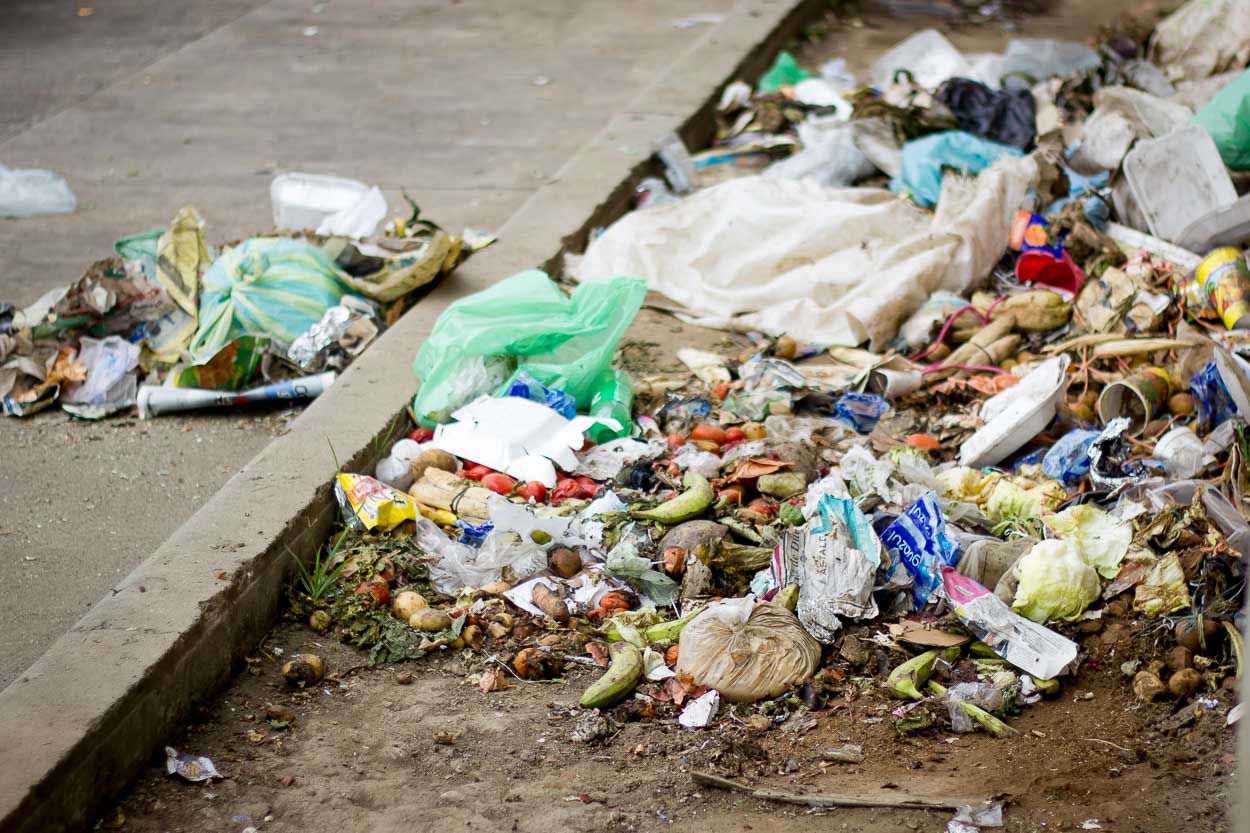 After the produce market we went to the craft market. Here we saw just about every souvenir item we’d seen on the trip. 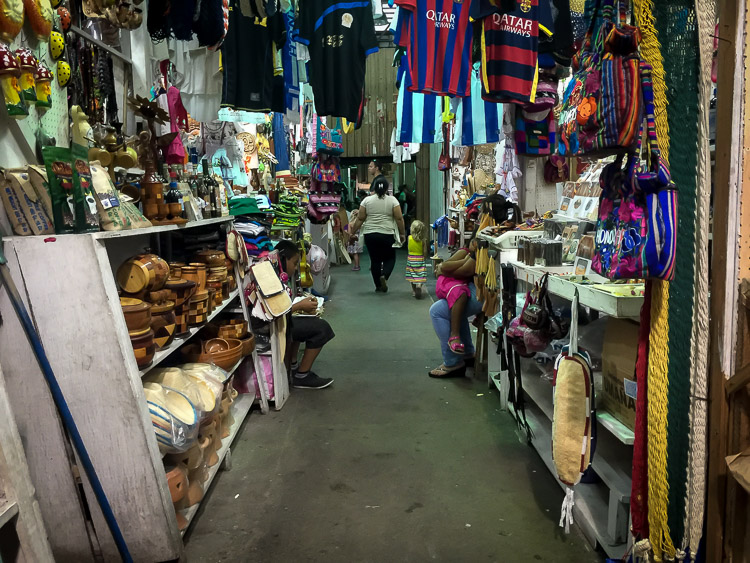 It was definitely the best place to buy souvenirs, although we didn’t get much. Calais had bought herself a wooden spinning top in Roatan, and Kacela decided she wanted to look for a pink one for herself. The girls enjoyed wandering the aisles, searching for the perfect toy for Kacela. The market was fun, and having a purpose made it that much more exciting for them. Plus, Kacela was really excited when she found herself a pink spinning top! 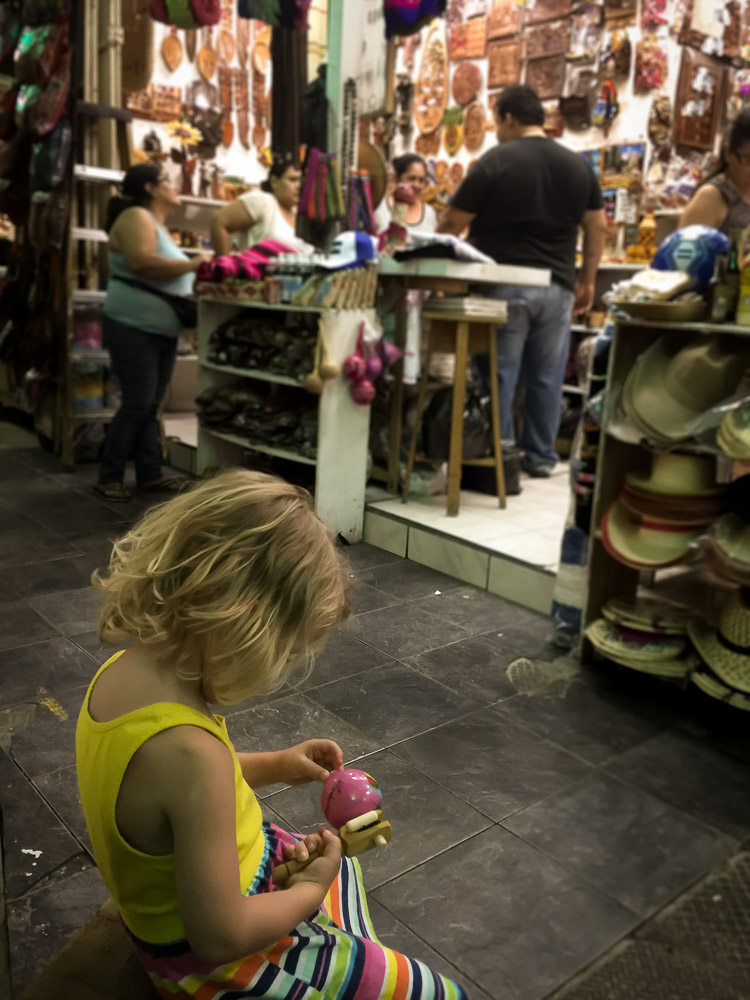 My favourite thing at the market was the Honduran avocados, they’re at least twice the size of the ones we get at home. They also make excellent guacamole. Good enough that I would consider planning any future trips around avacado season. 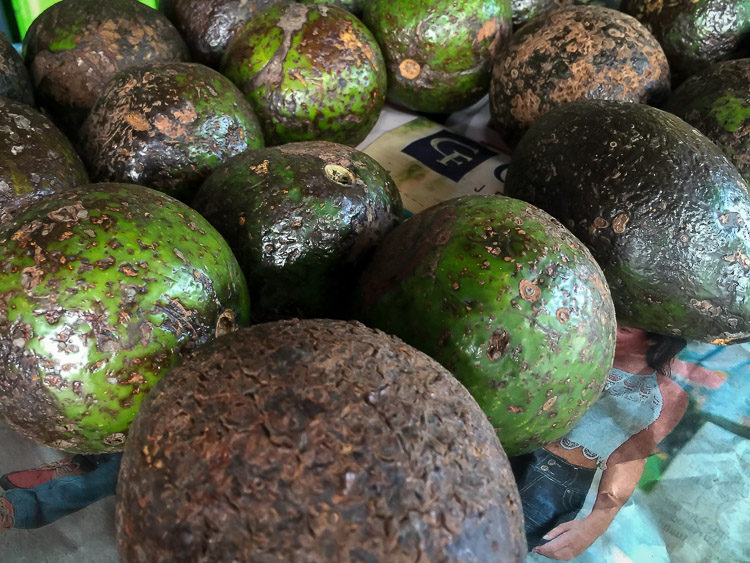 One of my only regrets of the trip is that we weren’t hungry when we were at the market. This is what we travel for…great, cheap, local food! We were eating great local food already, so it didn’t seem like we needed to over-do it just to eat at the market. I’m still a little sad about it though. 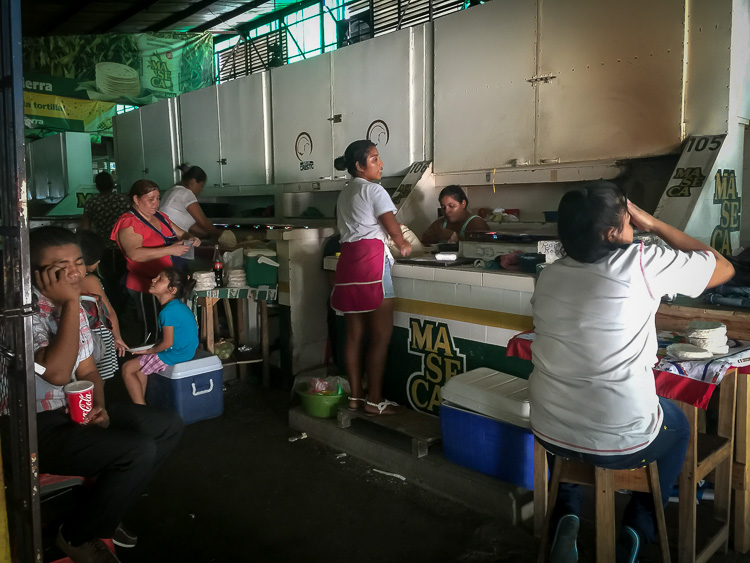 After the market we went on a short hike to get a lookout over the city. We walked part way up the road to the Coke sign. It was hot, the girls were tired, and I’m not strong enough to hike up a mountain with a kid on my back! We did get a few good views of the city, and we got to see how the “other” Honduras lives! The houses in this part of the city were gigantic, and many of them had large stone fences with guard towers! I thought about taking some pictures, but considering many of these likely belong to drug lords and gang leaders I decided not to. (this is me using my common sense!!) 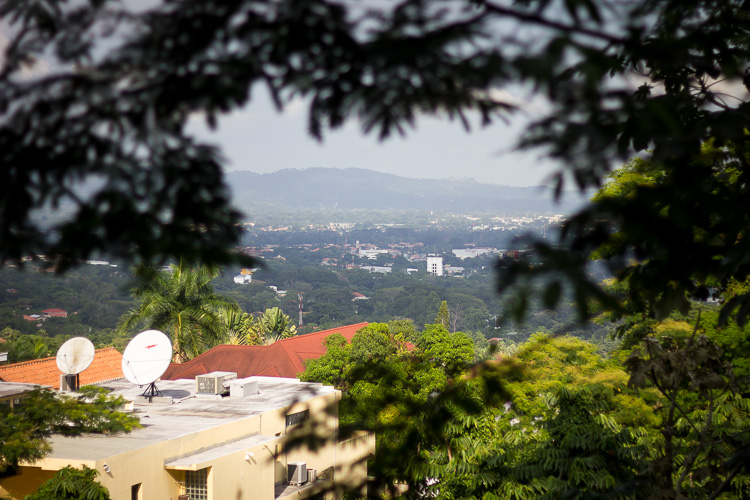 After the hot hike we needed to cool off, so Mario brought us to the mall. It was such a contrast from the souvenir market! We felt like we had been transported back into Canada (minus the fact that we couldn’t understand anyone). We had ice cream at Baskin Robbins (since I wouldn’t let the girls get ice cream from the coolers on the beach!), looked at the price of an iPhone which was much more expensive than Canada, checked out the outrageous price of Crocs (the $20 crocs the girls were wearing cost over $100CAD when converted!), and just enjoyed the air conditioning. Randy & I were surprised by the sheer size of the mall as well as the prices. My impression was that Honduras is a have/have-not society. From the looks of the mall however, there must be a reasonably sized middle class…at least in San Pedro.

We love to visit markets when we travel as they offer a tiny glimpse into local life. Without a visit to the markets in San Pedro Sula we wouldn’t have seen the stark contrast between the classes. Yes, it’s a harsh city, and not especially pretty, however that’s part of the charm. When a city is architecturally stunning it’s hard to look past to the people living their everyday lives. In San Pedro there were no distractions and we could just be a part of life for the day…even if the only thing we were shopping for was a spinning top!

Do you let the media opinion overshadow a place, or are you willing to put the news aside and find out for yourself? 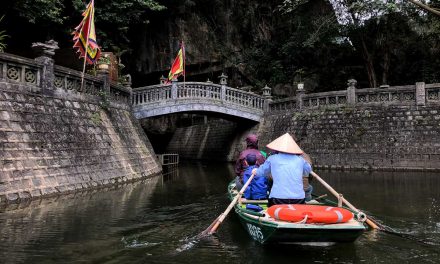 Vietnam Travel Guide: The Best Things To Do In Vietnam 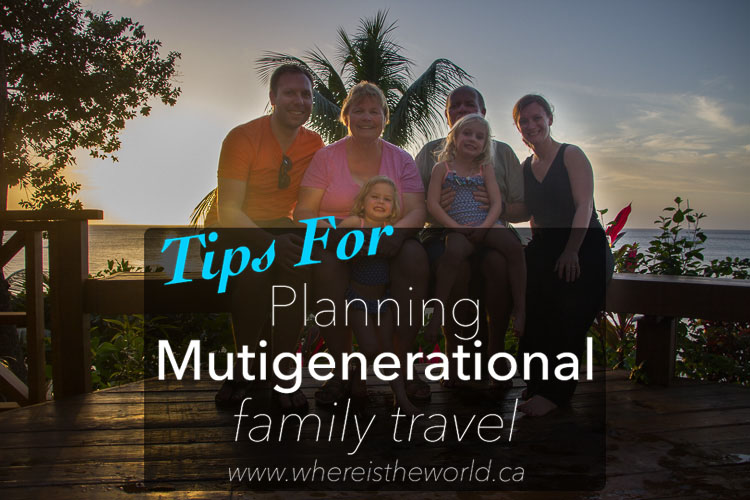 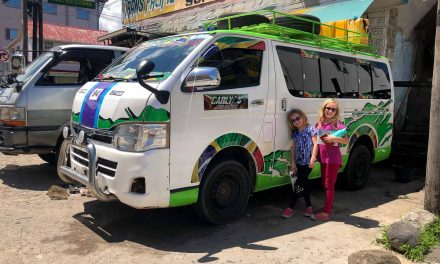 Taking The Bus From Georgetown To Lethem, Guyana (with kids!) 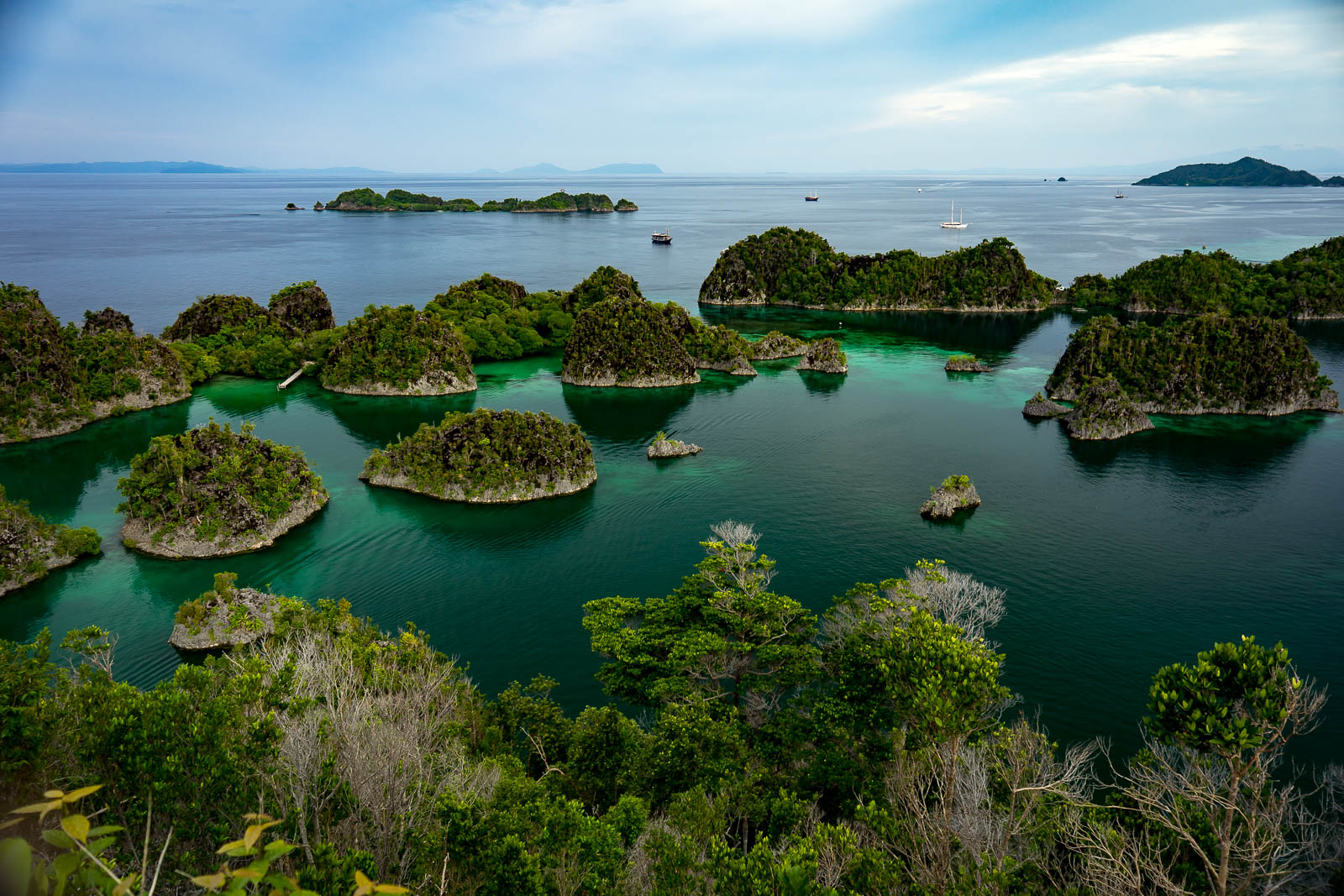