A reflection on Travel in Honduras with Kids 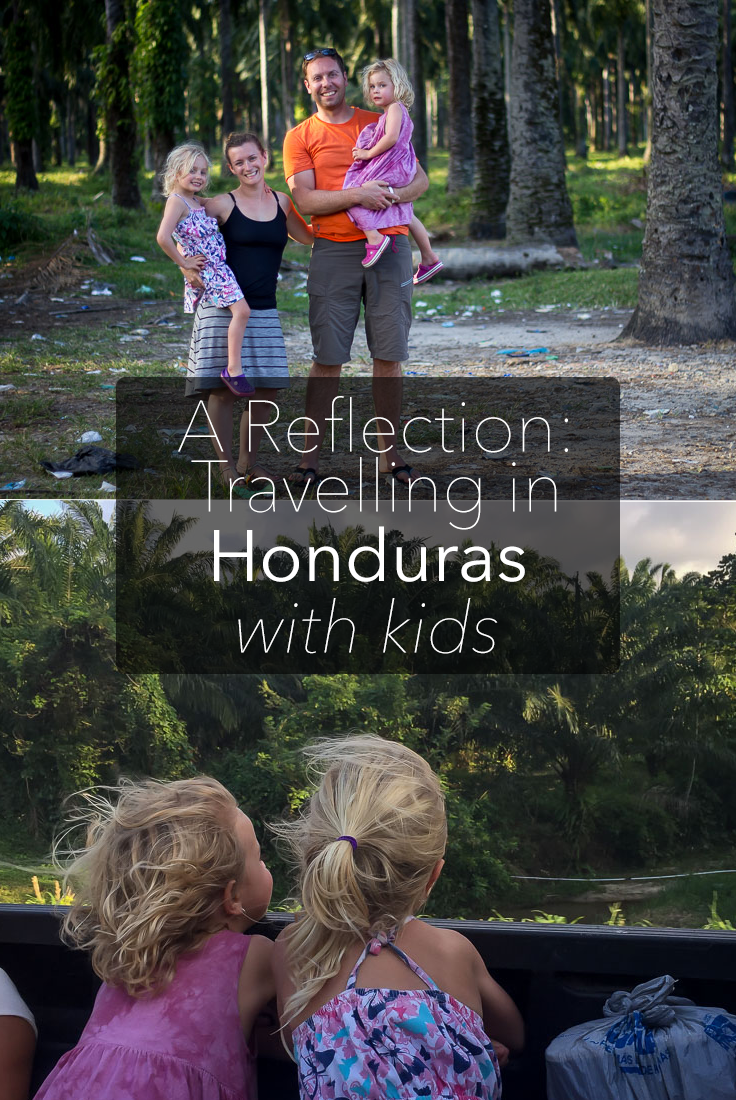 Our trip to Honduras was our first family trip to a developing country with the girls being old enough to somewhat understand what was going on. We plan to do a fair amount of travel in developing countries in the future, so I was curious to see how they would handle it. Of course, Honduras doesn’t have the stark poverty of some of the rest of the world, but many of the people we interacted with survive on family incomes of less per month than we do per day.

I was surprised with how the girls took it all in. They seemed to understand that we were in a different place, therefore they lived differently than us. That was okay. Neither of them complained about missing conveniences of home.

Kacela, at 3 1/2 years old, was a little young to really understand the situation. She was aware that things were different, but never commented on the differences. She was a bit more possessive over her stuff, and wasn’t as willing to leave her toys behind for the other kids. I don’t think she was really old enough to understand that they don’t have what we have.

Calais, at 5 years old, was definitely aware that things were very different from home. She rarely commented on it though. At one point she asked why the floor of the house wasn’t finished, and why everyone wore their shoes inside, but that was it. Being there around Christmas she asked about Santa. She was happy to give some of her Christmas presents to the little girls and boys she played with, but of course I made the mistake of telling her they didn’t get any gifts. She asked why Santa didn’t find them. I told her that Santa can only bring kids what their parents can afford. She seemed okay with the answer, she didn’t bring it up again anyways! She enjoyed giving out Oreo cookies to the kids, and she liked being the center of attention when they played! Even though no one spoke the same language, it didn’t stop the girls from playing with the other kids all day long.

The girls’ reflections about traveling in Honduras:

Favourite part of the trip: “spending time and playing with her friends”.

Most different from home: “playing at the beach (and when I pressed her: the cold showers!”)

Miss most about home: “Melanie” (our nanny) 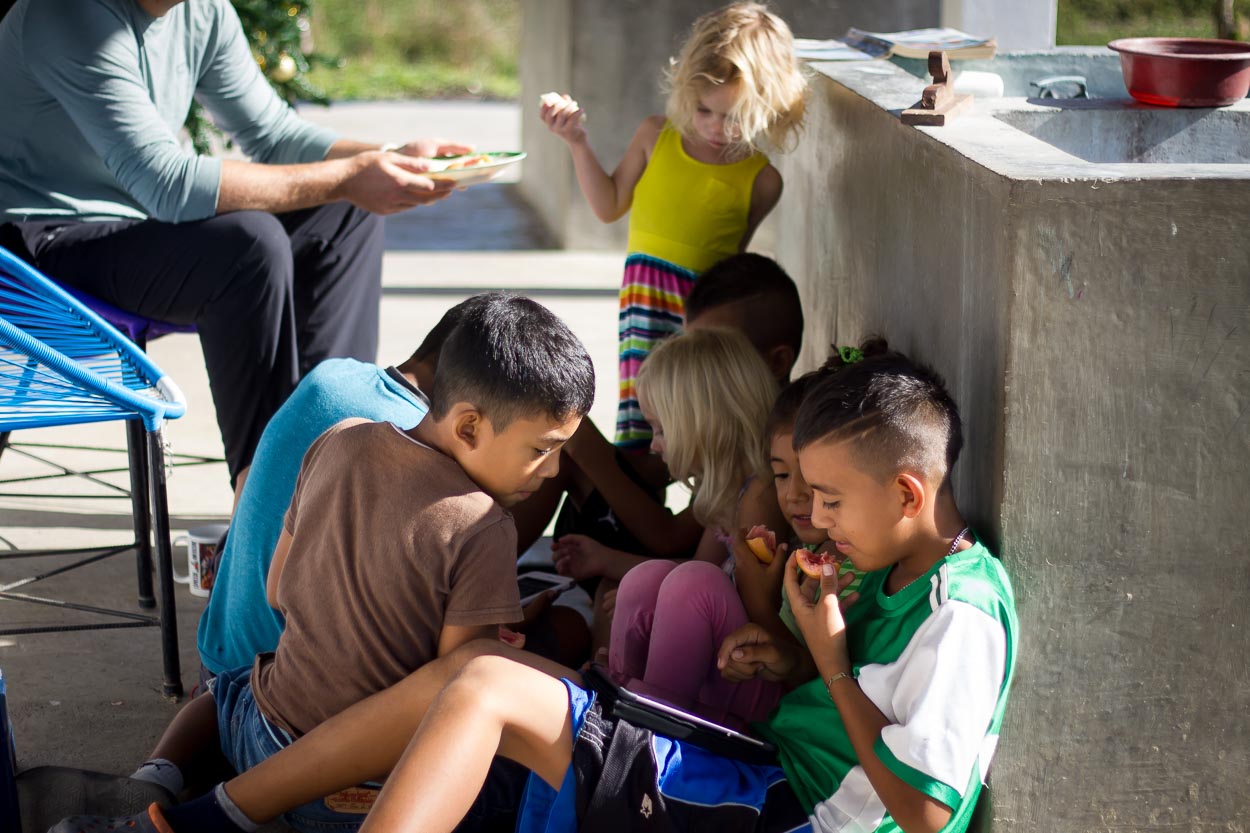 Favourite part of the trip: “the swimming pool”

Most different from home: “the hammock and the pigs in the street”

Miss most about home: “owl blankie” 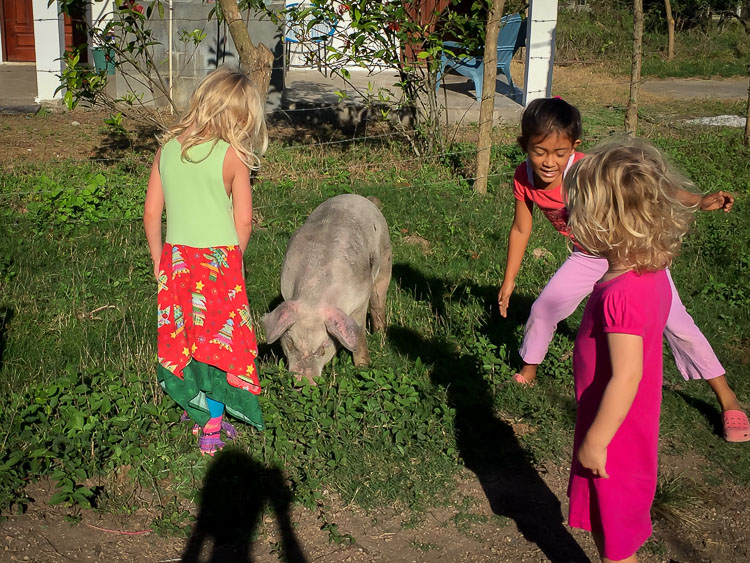 A few of my own reflections on travel in Honduras with kids:

If the girls don’t get enough sleep at night they’re grouchy, and that’s no fun for anyone. Really, 8pm is about our cut-off. We can push it to 8:30 or 9pm occasionally, but too much of this and we end up with cranky little kids… especially when they’re waking up at 6:30am with the roosters! I don’t think I saw a child go to bed before about 9:30. A couple nights of this and our kids were beat!

One other big difference was nutrition. I’m concerned about WHAT our kids are eating. In Honduras people were concerned THAT their kids are eating. For us, it’s never a question of ‘will our kids eat’, so we have the luxury to be concerned about what they’re eating. I make sure my kids eat enough protein and veggies before they’re allowed any treats or dessert. In Honduras it just seemed that everyone just let their kids eat, or not eat, whatever they wanted. If they wanted cookies before breakfast, it was okay! If they didn’t want to eat dinner but they wanted an ice cream, it was okay. I never thought about nutritional content being a luxury, but it most definitely is.

It definitely made me re-evaluation how lucky we are that we can ensure our kids eat a balanced, nutritious diet.

Our safety standards are higher than ever!

When I was young no one would think twice about throwing their kids in the back of a pick-up truck to drive into town. Those days are long-gone in Canada….but they’re still alive and well in most of the world! I had a tiny gut-check moment upon our arrival into San Pedro Sula. I could either be “that” tourist and with my Western mindset demand that my girls sit in the cab of the truck…or I could take a few deep breaths and give in, letting the girls ride in the box like every other kid in Honduras. I gave in. We travel to experience the local culture, and for this trip, that meant riding in the box of the truck! My one little side note; (so my kids aren’t taken away by child services)…no one’s flying down a freeway at 120km/hr in Honduras. The roads are relatively windy so we never ended up going too incredibly fast. Plus, it’s stinking hot so having the wind rushing past acts as a welcome “air conditioner” on the drive! 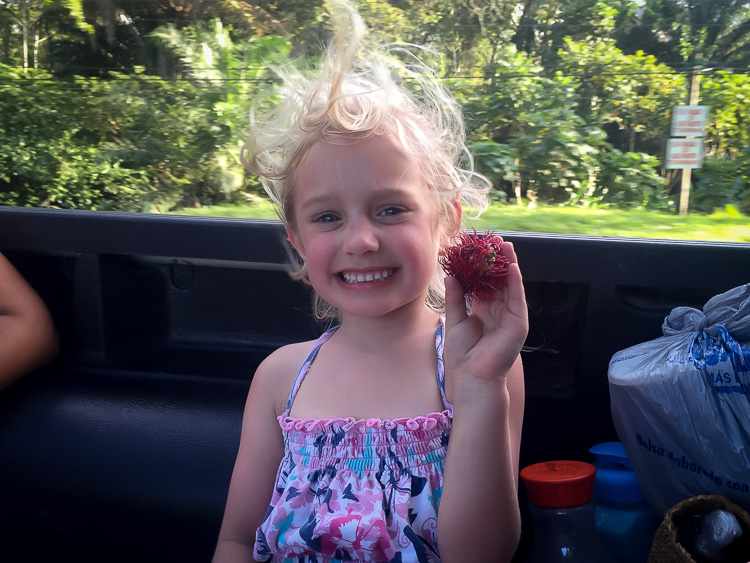 Calais enjoying a fresh Lychee on our way home from Tela. 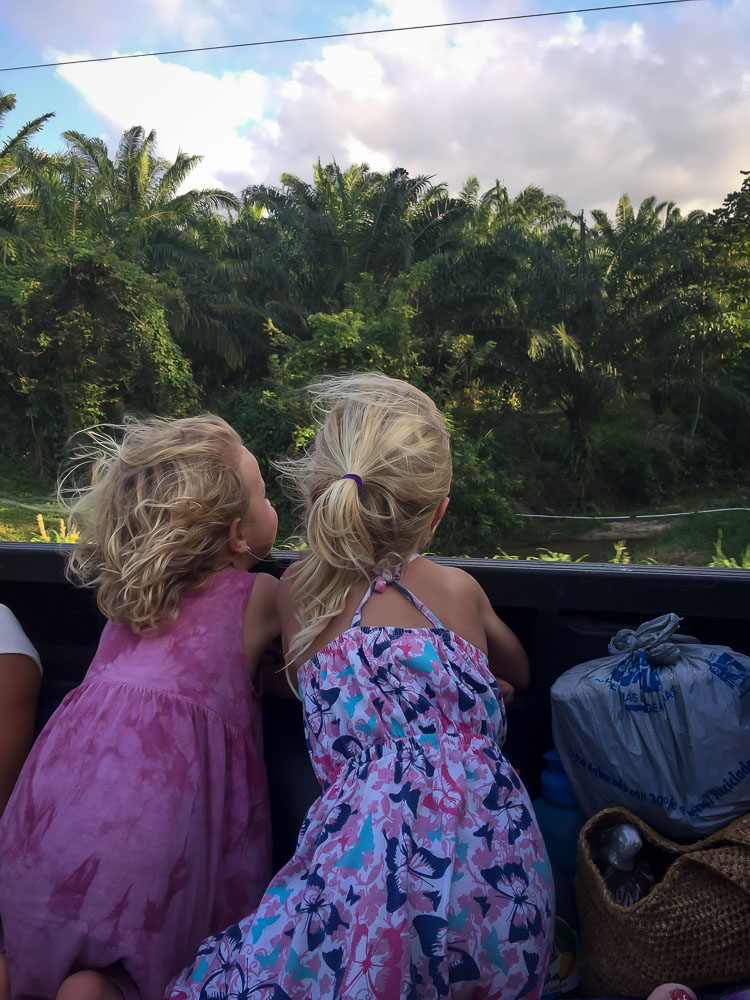 Calais and Kacela watching the world pass by from the back of the truck. 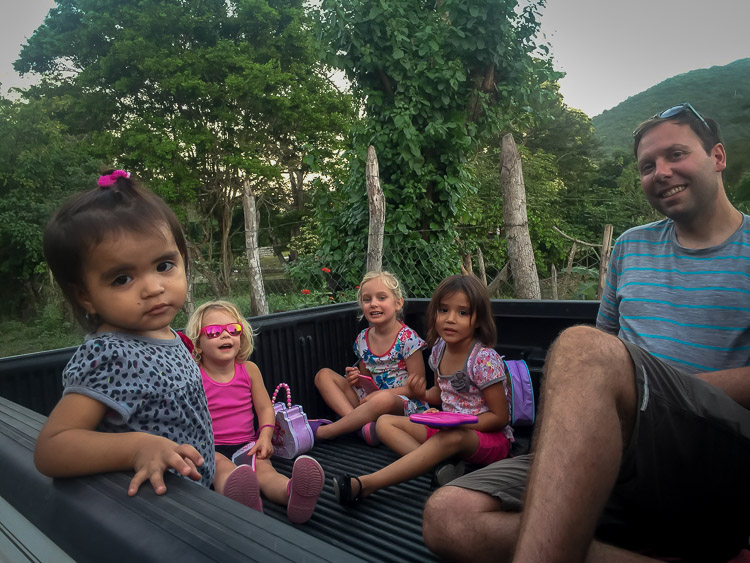 All of the girls ready to hit the road!

I think at 5, Calais was able to genuinely appreciate the differences in culture between Honduras and home. I don’t know that it will change her character, but hopefully in some way it will start to shape her into a global citizen. At 3, Kacela was a bit too young for this trip to have any long-lasting effects. She does remember it, and when listening to a Spanish song the other day on the radio Kacela promptly piped up “this is Hannah and Asiria’s language”…so maybe it had more of an impact on her than I realize.

I never give my kids enough credit anyways! 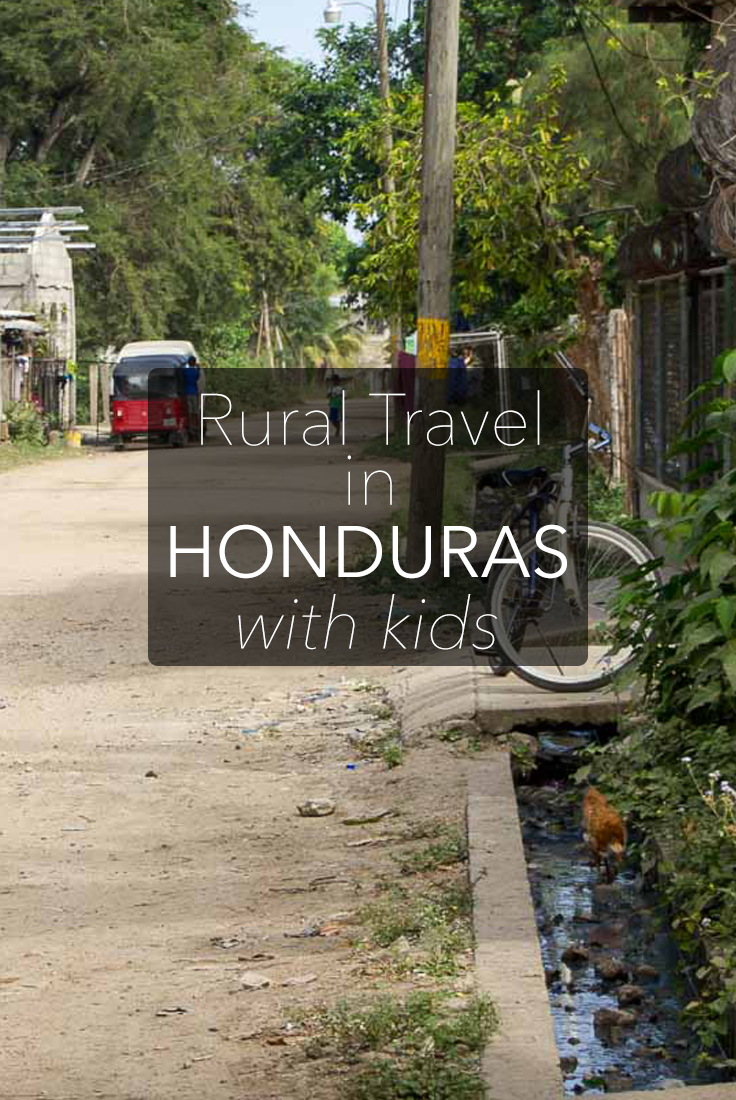 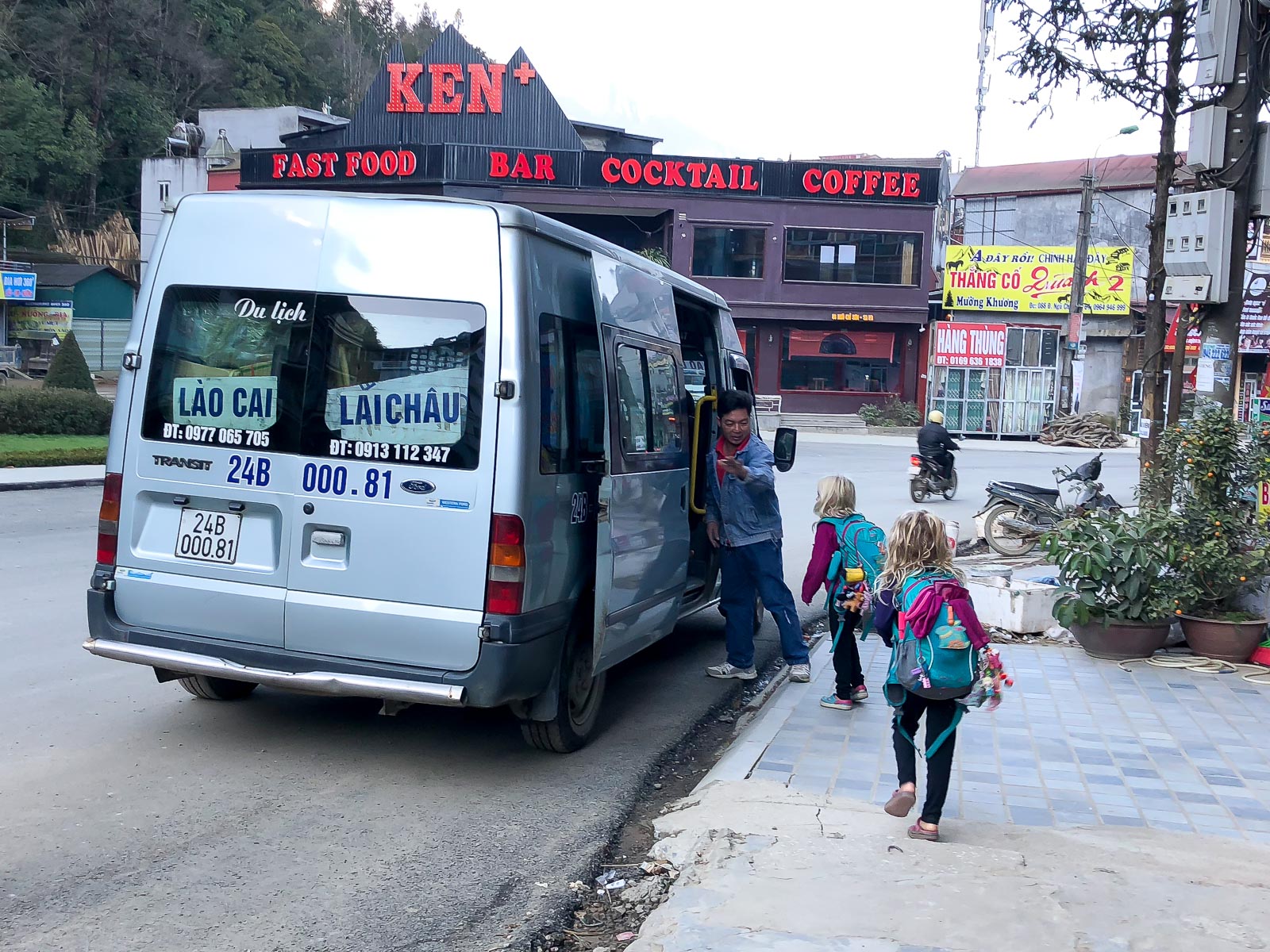 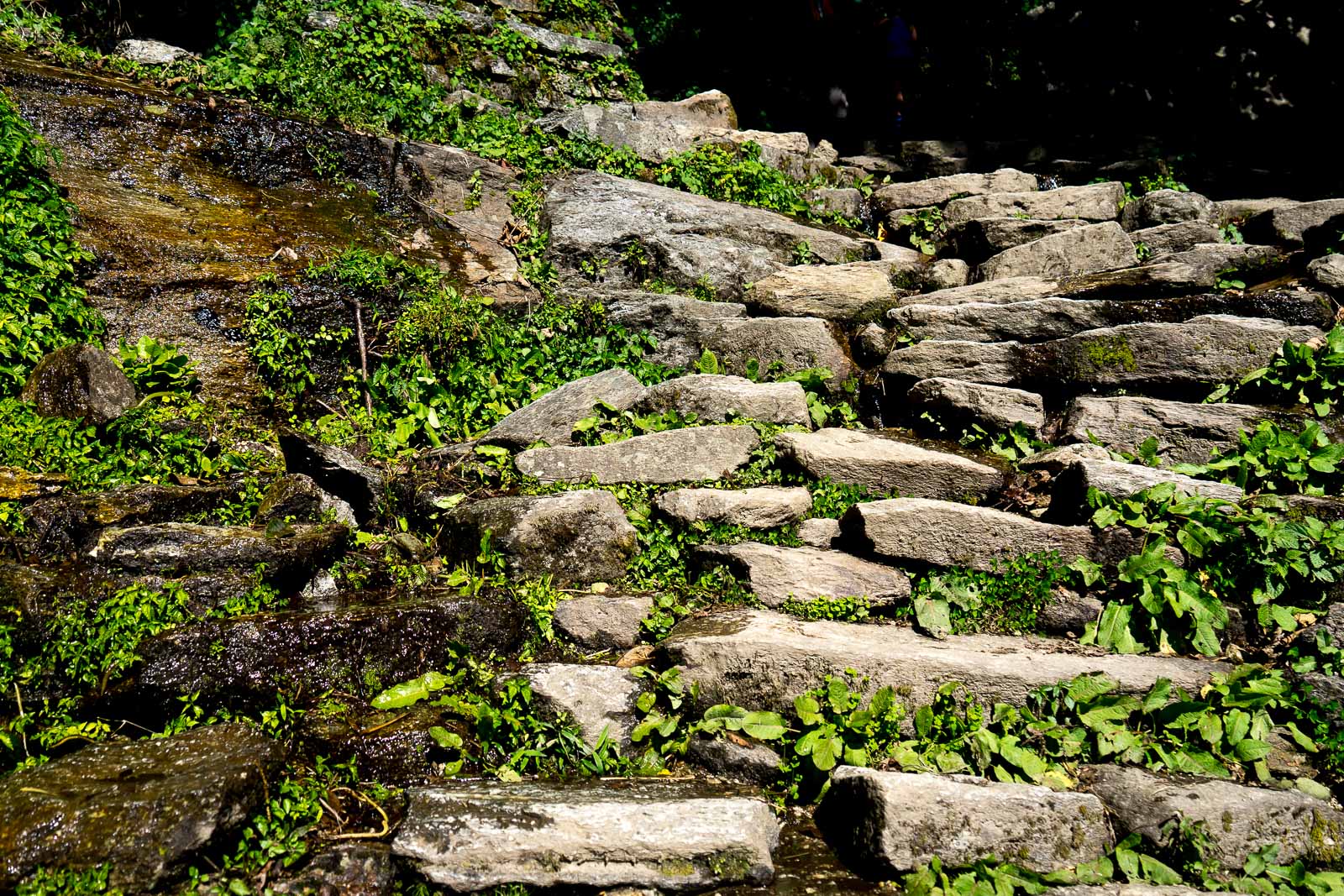 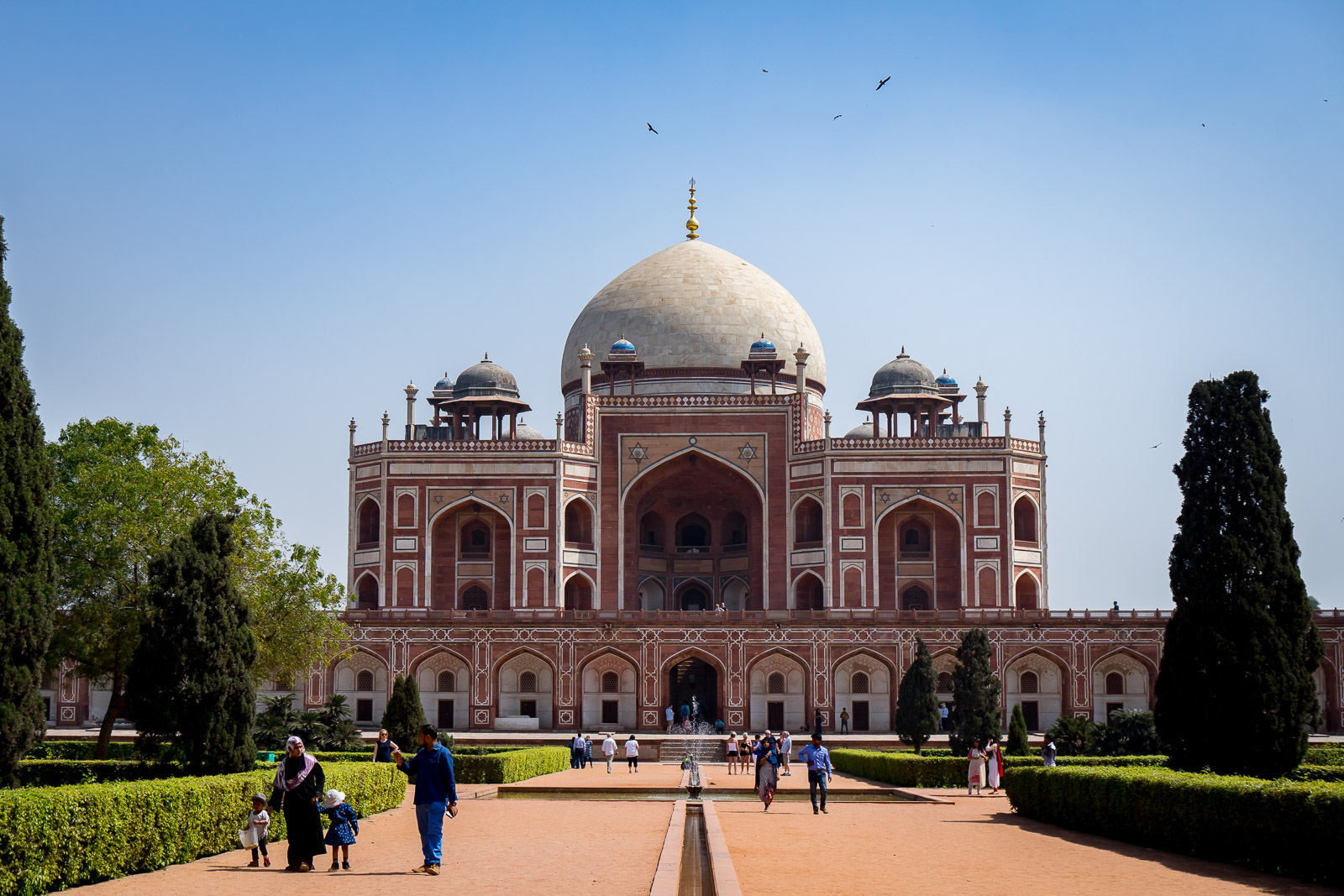 Fun Places in Delhi for Youngsters