Cambodia is a country that has been in the international spotlight for all the wrong reasons. From mass genocide to land-mine victims, her citizens have had their share of heartache and devastation. With increasing tourism to Angkor Wat, Cambodia is becoming a country determined to leave her sordid history behind. Family travel in Cambodia can be enlightening and easy due to the large volumes of tourists wanting to seethe Angkor complex.

Siem Reap is a city in the middle of SE Asia that would be comfortable even for wary travellers. The tourism industry is thriving, so it's very easy to be a tourist! The thing that disappointed me the most about Siem Reap was the seeming inability to leave the tourists behind. We hunted for some local street food, but had a hard time finding anyone willing to point us in the right direction. Even our Tuk Tuk driver, whom we spent 3 days with, didn't really deliver in the street food department! 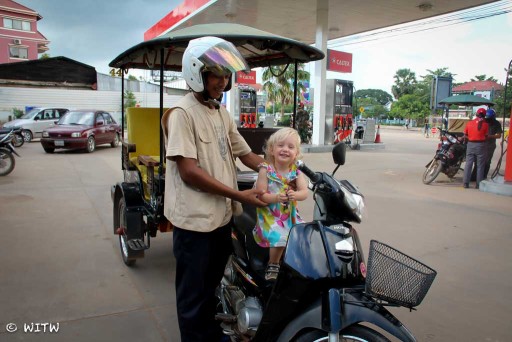 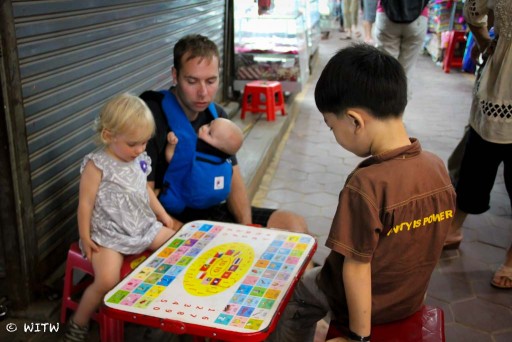 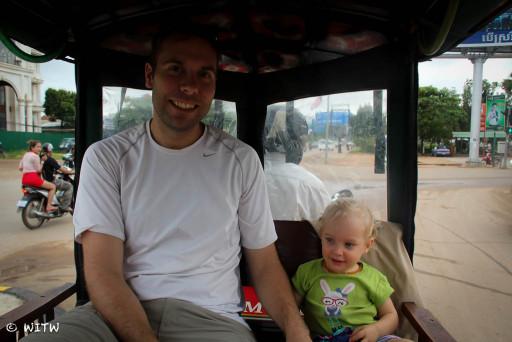 The local market was the only place where we found non-touristy food. It was reasonable, but it was so hot and sweaty it was hard to spend too much time inside.

No visit to Cambodia would seem complete without a few days temple hopping around the Angkor complex. We began our temple tours further afield, at Beng Melea and Prasat Bakong. We chose to take a car and driver due to the distance of Beng Melea from Siem Reap. It was worth it with our little kids, but a tuk tuk would suffice if they were a bit older. 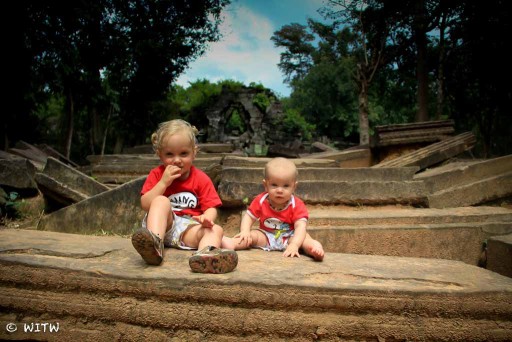 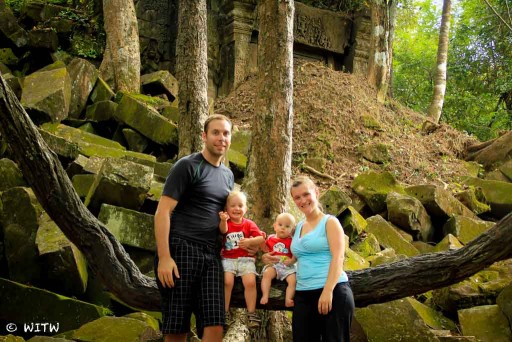 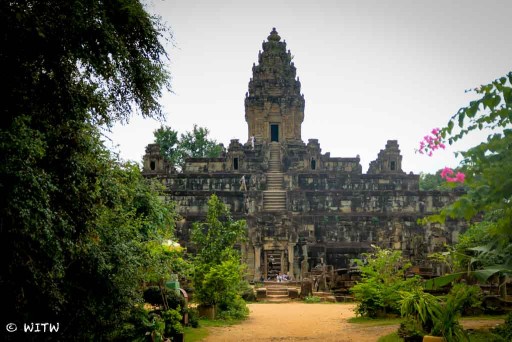 The second day of temple hopping started at the Angkor museum. It then took us around the loop to Ta Prohm, a few of the smaller temples and Phnom Bakeng. We were uninformed tourists at the time and did ride an elephant up to Phnom Bakeng. Knowing what I do now about the elephant tourism industry I would just use my own two feet to walk up there! 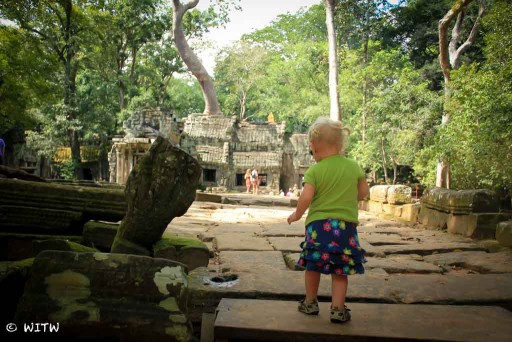 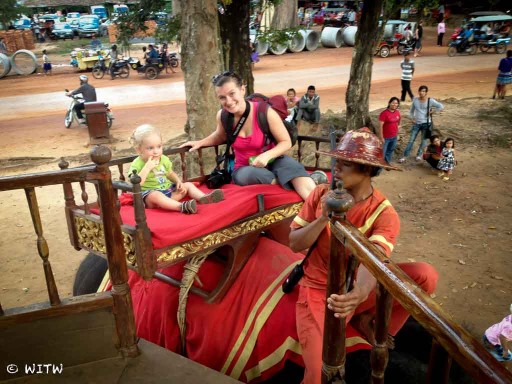 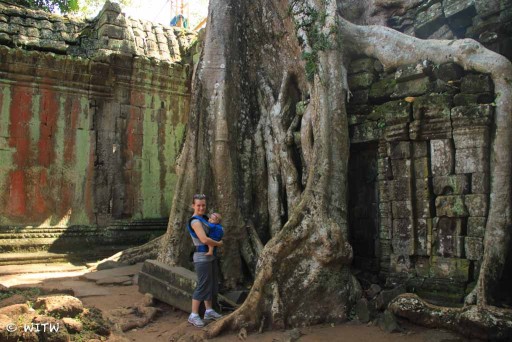 Day three of temple hopping was the "big day" with both Angkor Thom and Angkor Wat. We started with Angkor Thom and were welcomed by primates trying to steal Kacela's diapers! I'm pretty sure they were the highlight of Calais' trip. 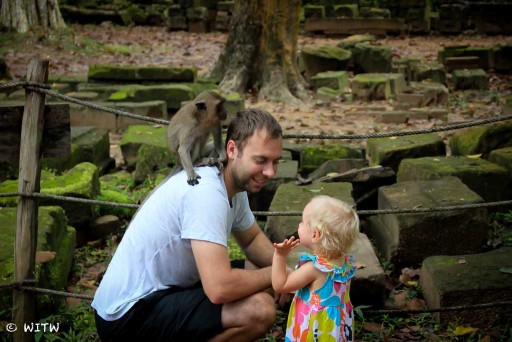 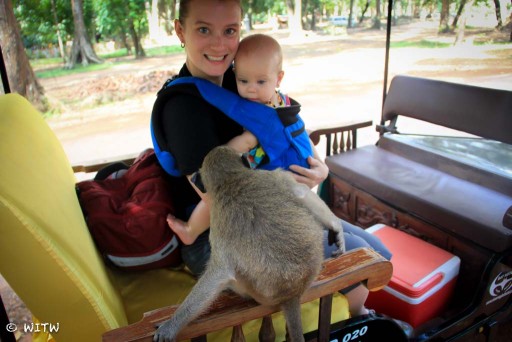 We weren't able to go up Baphuon because we had children under 12. We walked a bit further and found Phimeanakas. Personally I think it was steeper and more dangerous, but we did it anyways! Baphuon is on the left. The closest we got was a family photo! Phimeanakas is in the middle. Yes, we climbed up that STEEP side!! The right hand picture is Calais lighting incense at the top of Phimeanakas. 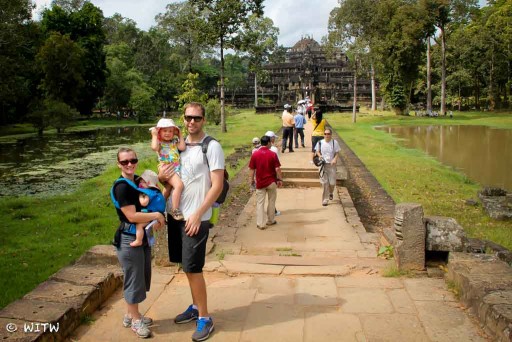 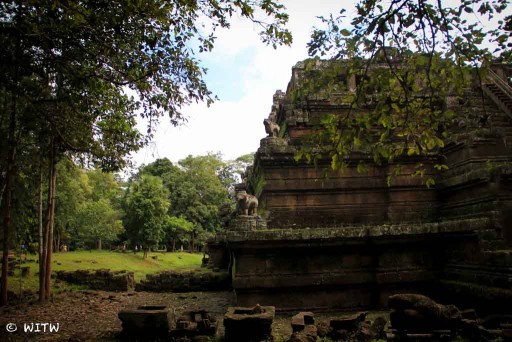 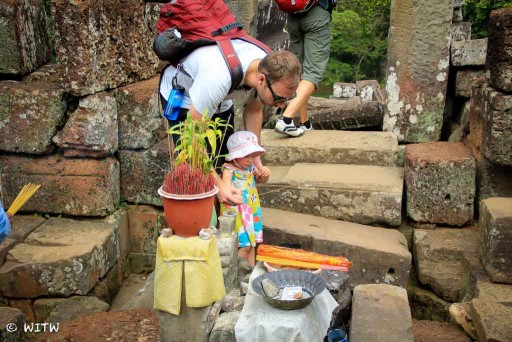 The weather wasn't amazing, it was a torrential downpour by the time we got to Angkor Wat. But, we waited it out and managed to have Angkor Wat almost to ourselves because most people left during the rain. 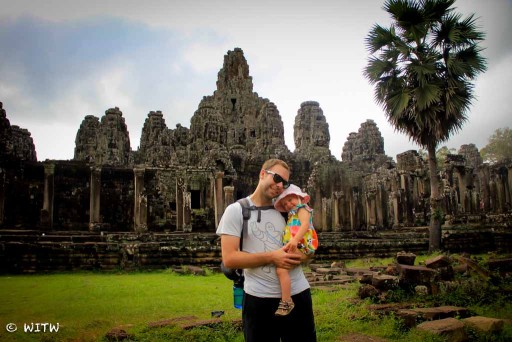 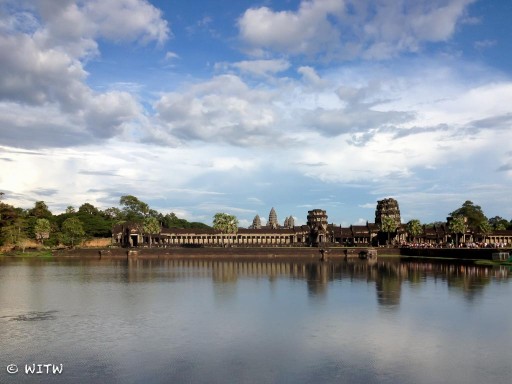 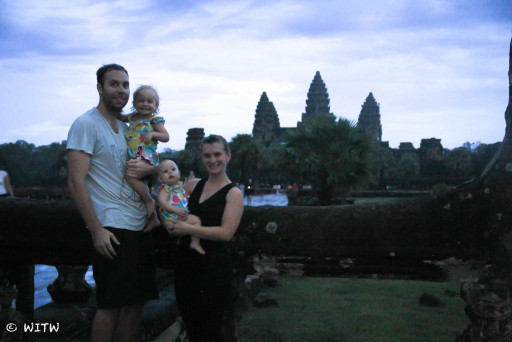 If I were to visit the Angkor complex again, I'd hire one of the English guides from the ticket booth. I didn't really know it was a thing when we visited, but then I saw some while we were out exploring. Our tuk tuk driver did a great job explaining a bit about each of the temples, but I like information so I would have appreciated a guide. I don't know if it's necessary every day, but definitely for Angkor Thom and Angkor Wat. The Lonely Planet Angkor Wat guide was a valuable resource. I read from it and we managed to learn a bit, but it's just not the same as interacting with a local.

Phnom Penh was not my favourite city. It's not entirely the city's fault, but a series of unfortunate circumstances that left a less than sweet experience.

First, our flight from Siem Reap to Phnom Penh was delayed because President Obama was flying out of the country, so the airport was basically on lockdown. We arrived hours later than anticipated, and made our way to the hotel to find they had no record of our reservation, even though I had the booking.com confirmation. They ushered us to a different hotel, which was passable for the night, but it meant we didn't get to bed until the middle of the night. I found a different hotel the next day, a cute little place with a pool, and we moved.

By this point we were tired and ready for a break. In hindsight it wasn't the best time to visit something heavy like the Killing Fields. I'm grateful for the experience, but it's one I don't think I need to repeat. 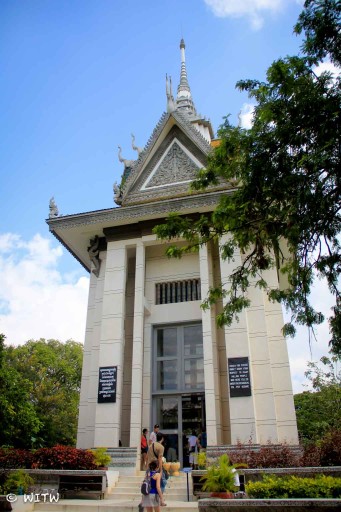 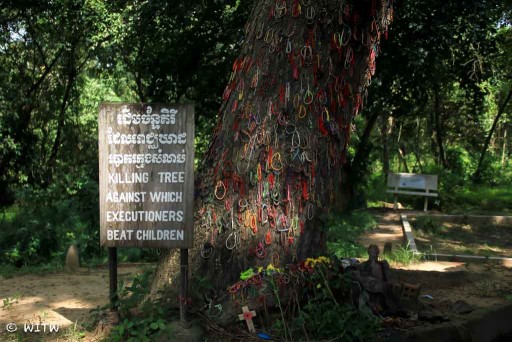 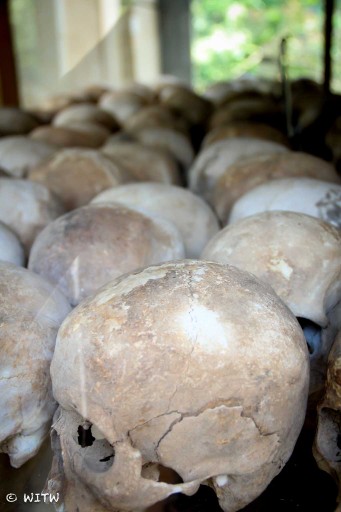 We spent our last day wandering by the river and sitting on the lawn near the palace, watching every day life pass by. I loved watching the monks go about their daily business, and wondered what life was like for them. Recent history has not been kind to the Cambodians, but it's amazing at how happy and resilient they are. 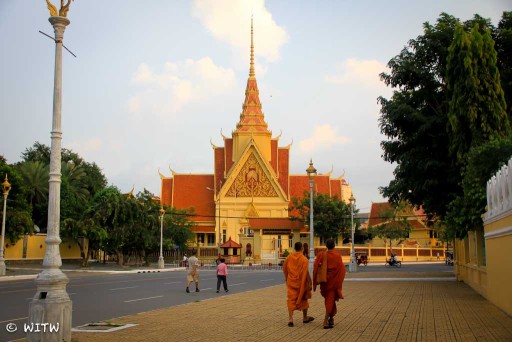 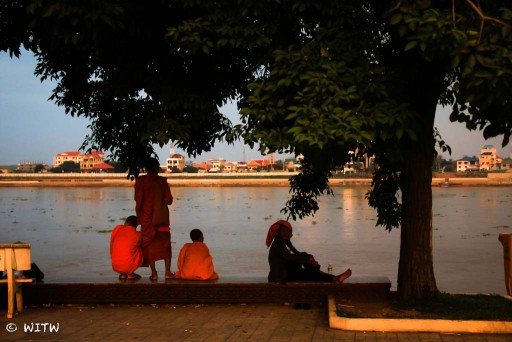 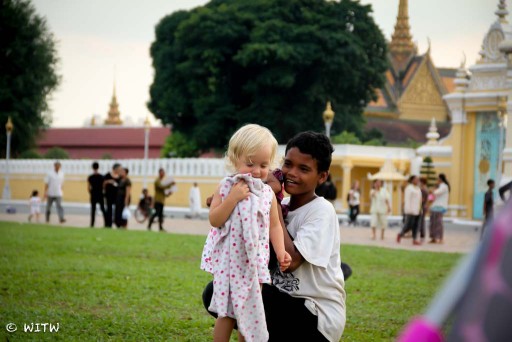 We ended our stay with a much-deserved swim in the hotel pool before heading to the airport for the long flight home. 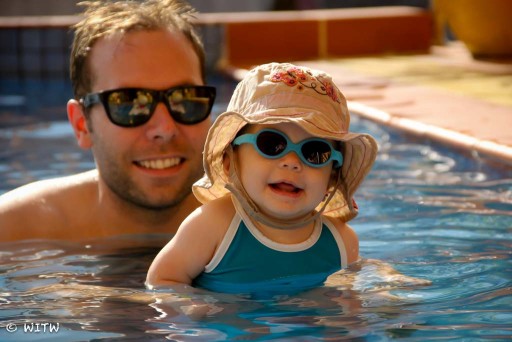 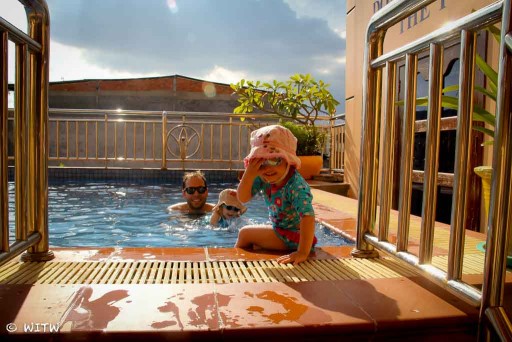 We'll be back one day, as I'd like to give Phnom Penh another chance. I'm sure under different circumstances I would have enjoyed it more!